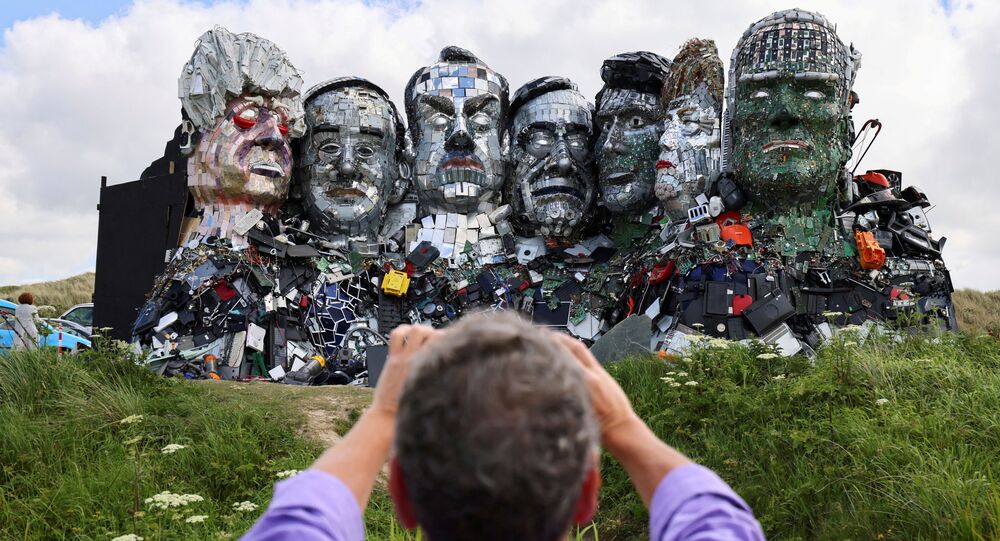 While the Biden administration doubles down on reinforcing US leadership, the world needs solutions to its most acute problems, not some country in charge of global politics, says Sam Parsons from Resist G7, a coalition of activists organising rallies at Carbis Bay, Cornwall, where the G7 summit is taking place.

On 11 June, a three-day G7 summit began in Cornwall, England, bringing together the leaders of Canada, France, Germany, Italy, Japan, the United Kingdom, and the United States. The meeting is part of US President Joe Biden's first overseas tour to Europe aimed at "reviving" the transatlantic partnership and reinstating America's global "leadership" following his predecessor Donald Trump's "isolationist" policies.

The G7 summit is specifically focused on finding ways "to forge a more fair, sustainable, and inclusive global economy that meets the unique challenges of our time", according to the White House fact sheet. Joe Biden is seeking to rally support for a strong global minimum corporate tax of at least 15 percent on large multinational conglomerations in a bid to "protect" the middle class and working people.

World Does Not Need a 'Leader'

Yet, Sam Parsons of Resist G7 – a coalition made up of local, national, and international groups who've come together to build resistance and positive alternatives to the international body – does not buy into the White House's G7 agenda. He doesn't think there needs to be a "leader" and "a country in charge" of global politics.

The concept of a global minimum corporate tax was announced by Treasure Secretary Janet Yellen on 5 April in order to stop multinational corporations from seeking tax havens. The announcement came as Biden sought to increase taxes on US companies' foreign income as well as the corporate tax rate to fund his multi-trillion dollar infrastructure plan.

At the time, Axios suggested that Yellen's push for imposing a global minimum tax meant that the Biden administration sees "the risks to the American economy if it acts alone in raising corporate rates".

While conservative American observers express concerns that increased taxes would backfire upon the US middle and working class, their British counterparts remain sceptical over Washington's attempt to solve its financial dilemma at the expense of the rest of the world.

According to Parsons, the leaders' focus on workers' well-being and climate change is tainted by hypocrisy. Resist G7 activists argue that while low-income countries in the Global South are the least responsible for causing the climate crisis, they "are already paying the highest price" for it. Still, while facing devastation, these countries don't even get a seat at the G7 table, the activists highlight.

"I know that there's a lot of focus and they want the media focus issue to be on looking at what the G7 is doing for the climate", Parsons says. "But we've all had our Zoom meetings this year – and last year as well - and they want to come right here into our hometown in Cornwall, flying all of their jets and bringing all of their police cars and their security cars, and there's no need for any of it, really".

The activist believes the G7 leaders cannot "offer any kind of sustainable solutions" to the world's most acute problems, saying instead that they are "furthering it and greenwashing and putting a friendly face to it, like they try to do with these global summits, is even more damaging than if they wouldn't do it".

The irony of the situation is that while G7 leaders are being hosted at a luxury resort in Cornwall with its own private beach, the southwestern British county is "one of the poorest places in Europe", according to Resist G7 activists.

"World leaders will not see the real Cornwall", the Resist G7 website says. "Holed up in their fancy hotels that locals couldn't afford to spend a night in, they won't see the rundown estates, the child poverty, the fuel poverty, and the misery their unjust system creates. But it's there… Down the road from Carbis Bay, in St Ives, child poverty is at some of the highest rates in the country".

Being largely dependent on the hospitality and leisure sectors, the area's economy was hit tremendously by the COVID-19-related lockdowns. Even before the pandemic Cornwall was listed as one of four UK areas that qualify for millions of euros in poverty-related grants from the EU, which helped fund jobs, local businesses, infrastructure, training, and research. Following Brexit, Cornwall applied for £700 million over 10 years from the British government to replace EU cash. However, according to local papers, the region is facing funding cuts as the Johnson Cabinet does not have a special "money pot" for Cornwall.

Is There a Need for a G7 Alternative?

The G7 leadership appears to be incapable of solving both global and domestic problems, according to Parsons, who believes there is a need for alternative and more inclusive institutions that will not further their own vested interests.

Currently, the club of developed countries exists to maintain the established global order and "keep that divide – to keep poorer countries beholden to richer nations", the group Resist G7 says.

"I think what would be much better if people around the world came together and recognised on a global scale the struggles of people all around the world against this global capitalism", he says. "We're standing in solidarity with people from all over the world, from Kashmir to Kurdistan to Colombia".