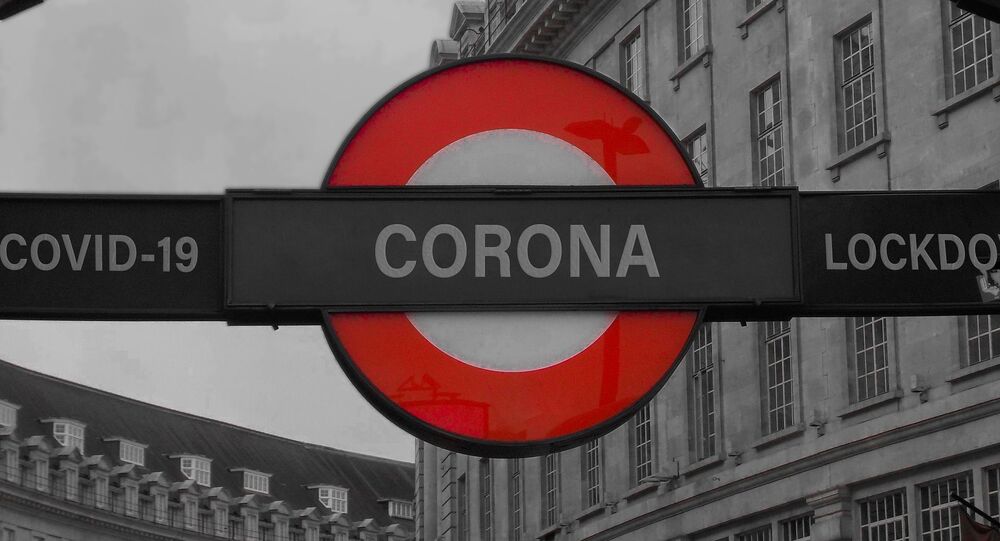 Previously, UK Health Secretary Matt Hancock said that the government was “absolutely open” to delaying so-called “Freedom Day”, the complete lifting of all lockdown restrictions “pencilled in” for 21 June. The statement was slammed by some Tory MPs for potentially “wasting the advantages afforded by the success of vaccinations”.

The much-anticipated final step in the UK’s road map out of COVID-19 lockdown could be delayed by two weeks, reports The Times.

England’s remaining coronavirus restrictions were slated to be lifted on 21 June, in line with the government’s programme for gradually easing measures introduces to curb the spread of the novel respiratory virus.

However, ministers were said to be increasingly “pessimistic” after the “fairly grim” briefing they received on Monday from chief medical officer Chris Whitty and chief scientific adviser Sir Patrick Vallance.

As they presented an assessment of the latest data on the coronavirus pandemic in Britain, the health experts reportedly emphasised spiralling concerns about the rate of transmission of new strains of coronavirus, such as the Indian variant, now referred to by the World Health Organisation (WHO) as “Delta”.

Despite the country’s impressive vaccination rollout, with over-25s in England finally to be offered a first dose of a coronavirus vaccine, six months after the first jab was administered in the UK, a cabinet source was cited as saying:

“They emphasised again that the vaccine did not provide 100 percent protection and there were real concerns about the transmissibility of the new variants. I think you’re looking at a delay of between two weeks and a month. As long as we have fully opened things up by the school holidays then I don’t think the political damage will be too great.”

Postponing what has been dubbed “Freedom Day” would ostensibly allow the vaccination of all over-50s to be fully completed.

It would also enable sufficient time for jabs to take effect before the final legal limits on social contact are lifted.

“We always said it was June 21 at the earliest. We may need another few weeks to let the effects of vaccination take hold,” stated another source cited by the outlet.

The mood prevalent among ministers was also described as being “downbeat”.

"Doing a partial reopening would create confusion. People have planned on the basis of a full reopening. It’s important that the messaging is consistent,” added the source.

Health Secretary Hancock told MPs on Monday that it was too early to say whether the remaining coronavirus restrictions will be lifted on 21 June.

Citing data, which shows COVID-19 case rates had risen in more areas of the UK than at any point since early January, Hancock said a decision on moving to Step 4 would be delayed as long as possible.

Hancock admitted the emergence of the “Indian” variant had made the "calculation" on whether to proceed with the original unlocking deadline "more difficult".

He added that the new coronavirus variant, first detected in India, is 40 percent more transmissible than the Kent strain.

Tomorrow we mark six months since the world began vaccinating against Covid-19 in Coventry Hospital.

Thank you to everyone involved in this mammoth effort. pic.twitter.com/Won85Tfh6r

​Bearing that in mind, it was suggested that social distancing could continue beyond the final stage of the lockdown lifting.

A final announcement on the removal of all restrictions is set to be made on 14 June, as scientific advisors and officials assess data on whether the Delta variant of COVID-19 might adversely affect hospitalisations and be responsible for a surge in cases.

This comes as reports had been circulating to suggest the possibility of a reworking of the original Freedom Day deadline.

A strong reaction from Tory MPs was triggered by the appearance of the UK Health Secretary on the BBC’s Andrew Marr Show, where he hinted that the original date for the next step in the roadmap out of lockdown might be delayed.

"We are absolutely open to doing that if that's what needs to happen,” Matt Hancock had stated, with backbenchers, like Tory MP Sir Desmond Swayne, slamming the mulled decision as potentially “wasting the advantages afforded by the success of vaccinations”.

Earlier, PM Boris Johnson said there were no signs “at the moment” that the final stage of lockdown easing in England, ought to be delayed.

On “Freedom Day” the government hopes to end social distancing, which would mean that venues such as pubs and restaurants would no longer have to enforce the one metre-plus rule. Furthermore, the rule of six for indoor gatherings would be lifted, and nightclubs would be allowed to reopen. The 30-person limit on events including weddings would also be lifted.

Recent weeks have witnessed a rise in coronavirus cases across the UK, believed to be driven by the so-called “Indian variant”. However, hospital admissions have remained flat.

According to official data, Britons who have received two vaccine jabs make up less than five percent of those hospitalised with the new strain.

Meanwhile, the National Health Service (NHS) hailed the fact that it had reached the “home straight” of the biggest vaccination programme in its history.

​As over-25s in England are set to be offered a first dose of a coronavirus vaccine, NHS England national medical director Stephen Powis said:

“It is remarkable to think that just six months after that first jab back in Coventry in December – Maggie Keenan got it, remember – we have now vaccinated three-quarters of the adult population with their first dose and over half with their second dose.”

First COVID vaccine given in the UK!

The 1st person was Maggie Keenan, who turns 91 next week: "I can finally look forward to spending time w/ family & friends in the New Year after being on my own for most of the year."

The 2nd was (no joke) to a man named William Shakespeare. pic.twitter.com/33bDKzsqRn