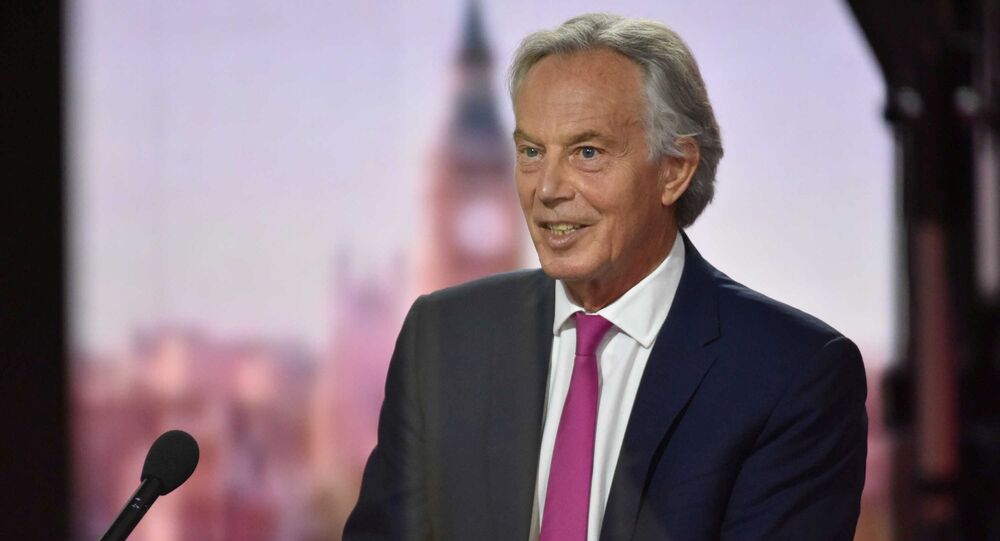 Both the World Health Organisation and Prime Minister Boris Johnson's government have been wary of backing so-called “COVID passports” for entry to public events like concerts or football matches in the face of opposition from across the political spectrum.

Former British Prime Minister Tony Blair has called for privileges to be granted to those immunised against COVID-19.

While avoiding the controversial term "vaccine passports", the ex-Labour Party leader said it "makes no sense at all to treat those who have had vaccination the same as those who haven't".

He said citizens should be given the "incentive" of a return to pre-pandemic lockdown normality if they consent to vaccination, and that those who refuse should be denied those privileges if the government "adjusts some of the freedoms".

"It is time to distinguish for the purposes of freedom from restriction between the vaccinated and unvaccinated both for citizens here for domestic purposes; but also for our citizens and those from other countries in respect of travel on the basis that being vaccinated substantially reduces risk".

His comments accompanied the publication of a paper by the Tony Blair Institute for Global Change, which advocated "digital health passes" to allow authorities and public spaces to discriminate between those who have and have not been jabbed in granting access and other civil liberties.

But both the World Health Organisation and Prime Minister Boris Johnson's Conservative government have been wary of backing so-called COVID passports in the face of opposition from across the political spectrum.

"Once again Mr Blair appears to have learned of things already in the pipeline and decided to publicly call for them", a government source told the Press Association sardonically. "It's becoming something of a habit. Nonetheless we thank him for his continued support".

Interviewed by the BBC's Andrew Marr on Sunday, Blair said there was no excuse for refusing the vaccine when offered. Although he stopped short of saying the jab should be made compulsory, Blair said international travel should be restricted for those who turn it down.

"If we do have to adjust some of the freedoms because of the rising pressure from new variants, then it's important at least to ensure that those people who are vaccinated have the maximum freedom they can", Blair said.

Marr countered that it would create a "two-tier society between the vaccinated and the unvaccinated", who would be "discriminated against".

"The word 'discrimination' has a very leaded meaning in the English language now, but really when it comes to risk management, it's all about discrimination" — contradicting public health advice by saying the vaccine reduces the risk of passing the virus on to others.

Blair said the NHS had done a good job on its vaccine app, but it should be made "interoperable" with other countries' systems "so that you can use this as proof of vaccination throughout the world".