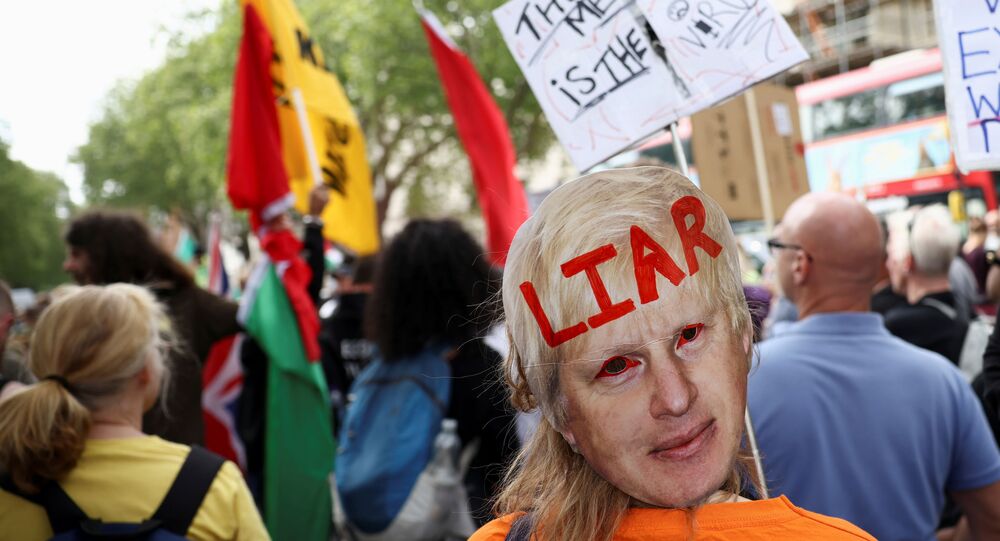 The latest pandemic data from Public Health England shows the number of new cases rising by 46 percent over the past week, with the recent trend of falling hospitalisations and deaths flattening out.

The British government is reportedly mulling keeping some restrictions in place after the stage-4 lifting of the COVID-19 lockdown for fear of new mutant strains.

While Prime Minister Boris Johnson's Cabinet is keen to stick to the 21 June date for the last phase of exiting lockdown, options on the table include continuing to force people to wear face masks in public and advising those who can to work from home.

Pushing back the unlocking date to July has even been mooted, sources told British media.

"It would be remiss of us to take a decision without a full set of data as evidence", one government figure told Sky News. "Of course officials are drawing up other options but we are still expecting to be in a place to go ahead on June 21".

The latest pandemic data from Public Health England shows the number of new cases rising by 46 percent over the past week, with the recent trend of falling hospitalisations and deaths flattening out. A total of 13 deaths of people who had tested positive were recorded on Friday, with 154 cases admitted to hospital.

​With over three-quarters of UK adults now immunised against the virus and more than half having received their booster jab, one health official said the programme had "broken the chain" between infections and hospitalisations in Bolton, a town in Greater Manchester where the so-called "Indian variant" was spreading fast.

“The people who came in this time round were actually a lot younger and were a lot less at risk of very serious complication, less at risk of death, and what that means is that they were less demand on critical care”, NHS Providers chief executive Chris Hopson told BBC Breakfast. "The vaccines have broken the chain between catching Covid-19 and potentially being very, very seriously ill and potentially dying".

© REUTERS / Pedro Nunes
Brits Fume Over Portugal Exclusion From COVID 'Green List' After 2021 UEFA Champions League Final
But epidemiologist Dr Adam Kucharski told BBC Radio 4's Today programme he was "nervous" about going ahead with the unlocking with the Indian strain on the rise.

"Everyone is tired of this pandemic, they want this transition back to normality and that will happen, the effectiveness of two doses of the vaccine will eventually get us there", he conceded.

"But if, say, in two weeks we're in a situation where hospitalisations have been rising, where local health systems are coming under pressure, I think it will be quite difficult to justify adding more transmission to that kind of situation", Kucharski warned.

Meanwhile, the British Beer & Pub Association warned that thousands of watering holes "could still be lost forever" despite the lifting of restrictions on indoor service on 17 May.

A one-metre social-distancing rule is still in force and restaurants and pubs are limited to table service only. The first week of indoor service saw footfall down 20 percent on pre-pandemic levels, and the association estimates that each pub must pull an extra 25,000 pints on average over the next year to make up for lost business.

The total number of recorded COVID-19 cases in the UK since January 2020 now stands at just over 4.5 million, while almost 128,000 have died within four weeks of catching the disease.