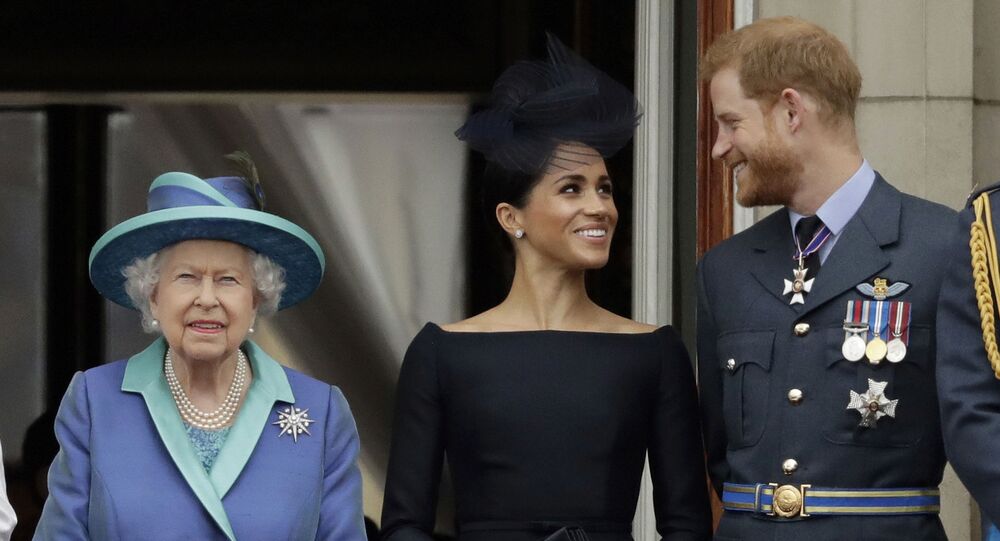 As a young princess, the Queen couldn’t pronounce her name and reportedly resorted to the nickname Lillibet, a name which her father, George VI, and other members of her family persisted in calling her long after she learnt to talk.

The Queen’s grandson, Prince Harry, who is expecting a daughter with wife Meghan Markle, has been reported to be considering the name Lilly for the new arrival which is very close to his grandmother’s childhood nickname.

"It would be a lovely nod to the Queen who was known as 'Lillibet' during her childhood but it's also always been one of Harry's favourite names," a royal expert has told OK! Magazine.

© AFP 2021 / Central Press Photo LTD
Принцессы Маргарет и Елизавета в 1938 году
"Back in 2019 when the duchess was pregnant with Archie, she and Harry took part in a walkabout in Merseyside and someone in the crowd later revealed he'd asked her how she spells her daughter's name - Lily. He took great interest in it," the expert added.

The Duke of Sussex’s relationship with his family has been on the rocks lately, after he mentioned in several interviews the difficulties of being part of the institution - dubbed by his great-great-grandfather, George V, The Firm - such as mental health issues and racism.

After the controversial interview with US TV host Oprah Winfrey in March, featuring the Duke and his wife, the Duchess of Sussex, Prince Harry’s ties with his family became even more strained.

However, during the interview the couple spoke about the good relationship between the Queen and their own family, including their two-year-old son Archie.

The Duke and Duchess of Sussex are expecting their second child, a girl, in the summer.

Punters have been backing the name “Diana” as a tribute to Prince Harry’s late mother. However, among other options considered by the bookies are the names Alice and Grace.