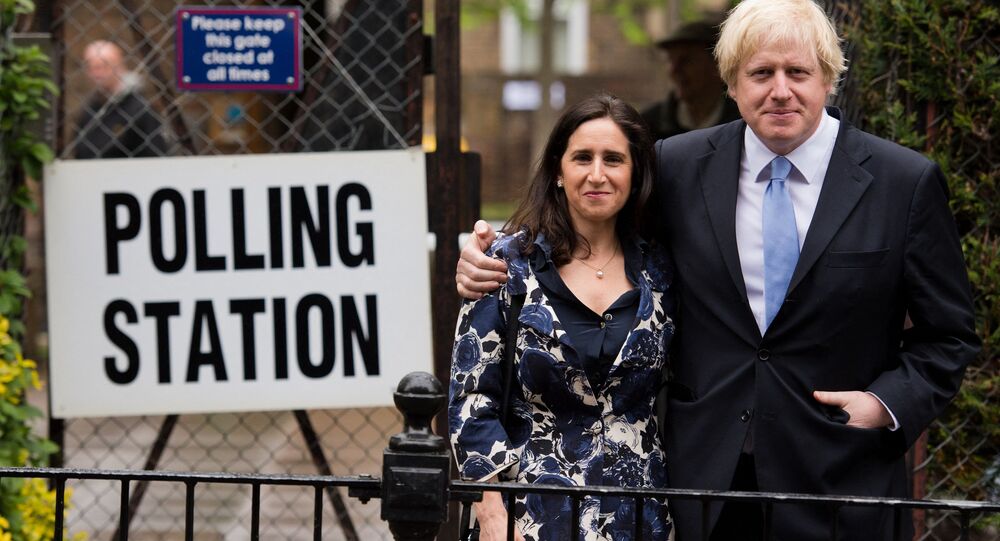 The two are said to have known each other since childhood and attended the European School, Brussels together. Johnson and Wheeler married each other in 1993. They have four children – two sons and two daughters. The two parted way in 2018 after Johnson was spotted with his futuer wife Carrie Symonds.

It's been six days since Carrie Symonds married British Prime Minister Boris Johnson and it appears the politician's ex-wife has decided to give her a taste of what marriage with him will be like. "Impossible", Marina Wheeler told the Daily Mail, commenting on what it was like to live with Boris Johnson.

In September of 2018, the couple announced their decision to separate, in a move the two described as being in their "best interests". Now, Wheeler has revealed that she was the one who filed for divorce. The statement marks the first time Wheeler has spoken about her relationship with Johnson, as previously she shied away from reporters' questions, saying she didn't want to discuss her private life.

The couple's relationship reportedly ended due to Johnson's numerous extramarital affairs. In "Boris Johnson: The Gambler", a book by renowned investigative journalist Tom Bower, he wrote that Wheeler "couldn't take [Johnson's] infidelity anymore". In 2009, Johnson had a daughter with arts consultant Helen Macintyre. The affair became public in 2013, when Johnson tried to prevent the media from reporting on the daughter's existence in court and lost.

Marina Wheeler is a lawyer, who specialises in public law, including human rights. In August 2019, she revealed she had been diagnosed with cervical cancer earlier that year. She underwent three surgeries to remove it and is now in remission.

Prior to Wheeler, Boris Johnson was married to Allegra Mostyn-Owen, the daughter of famous British art historian William Mostyn-Owen. They reportedly met at the University of Oxford and married in 1987. After six years of marriage the couple divorced. Reports say Johnson married Wheeler 12 days after he parted ways with his first wife.

Reports say Johnson's love affairs almost jeopardised his current marriage. According to investigative journalist Tom Bower, an infamous row Johnson had with Symonds was the result of him looking at a picture of his former lover US entrepreneur Jennifer Arcuri. Earlier this year, the 36-year-old revealed she had an affair with Johnson when he was married to Wheeler. Their relationship lasted between 2012 and 2016.