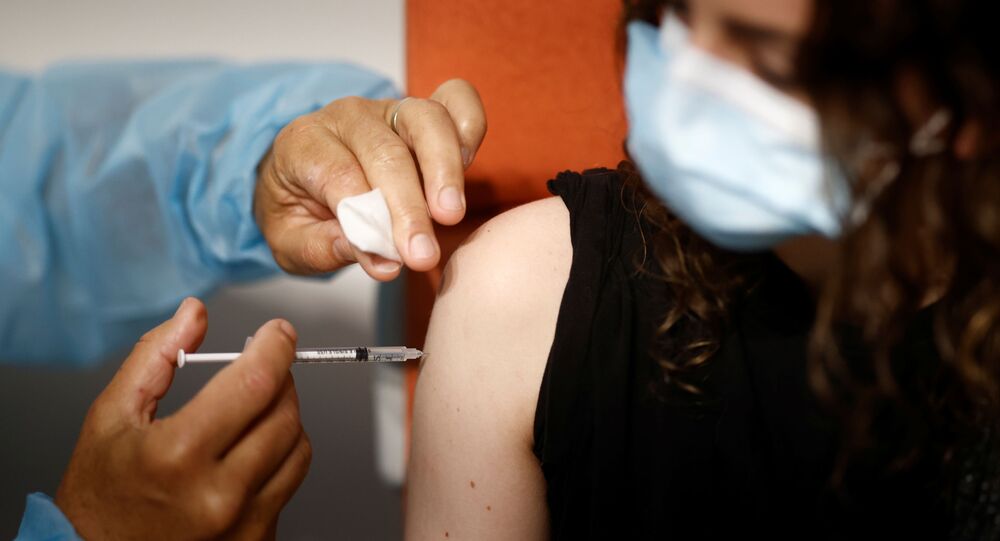 On Thursday, Public Health England warned that the Indian variant of the coronavirus appears more likely to cause hospitalisation than other strains.

A new study has revealed that the Pfizer vaccine produces fewer antibody levels against the Indian variant of the coronavirus than those against previously circulating strains.

The so-called Legacy study, which was released on Thursday, also suggested that these levels are lower with increasing age and that they decline over time.

The study found that after just one dose of the Pfizer jab people are less likely to produce antibody levels against the Indian variant as high as those developed against the previously dominant Kent strain of COVID-19.

Emma Wall, a UCLH Infectious Diseases consultant and senior clinical research fellow for the Legacy study, was cited by the Daily Mail as saying that the study was designed "to be responsive to shifts in the pandemic so that we [researchers] can quickly provide evidence on changing risk and protection".

Referring to COVID-19, she predicted that "this virus will likely be around for some time to come, so we need to remain agile and vigilant".

Wall stressed the focus should be placed on ensuring that "vaccine protection remains high enough to keep as many people out of hospital as possible".

"And our [study's] results suggest that the best way to do this is to quickly deliver second doses and provide boosters to those whose immunity may not be high enough against these new variants", she underscored.

© REUTERS / PHIL NOBLE
Indian COVID-19 Variant Could Scupper June 21 End Date for UK Lockdown
The Indian variant, also known as Delta, is now thought to be dominant in the UK, with a total of 12,431 cases of the mutation confirmed in the country by 2 June, a 79-percent increase as compared to last week, according to Public Health England (PHE) data.