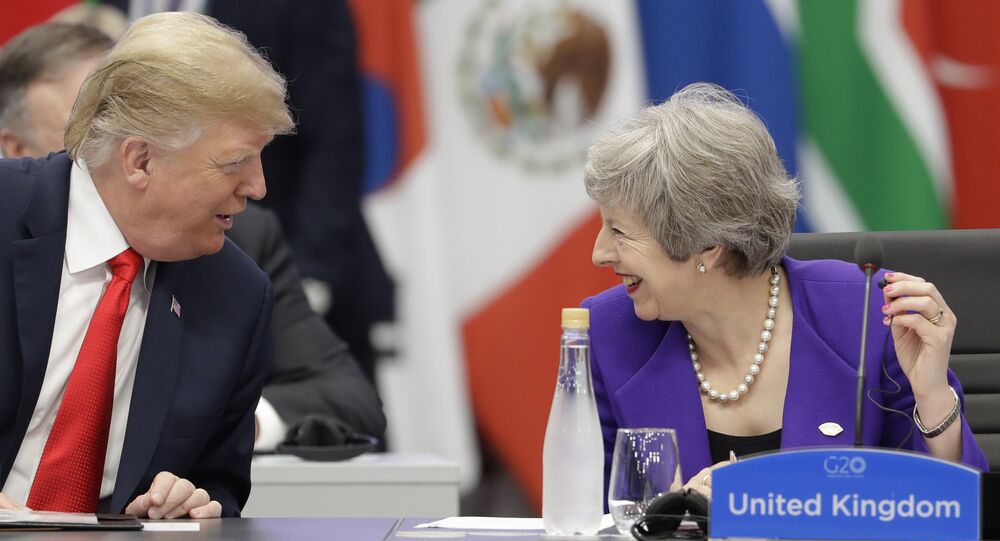 The Republican and the former prime minister had enjoyed a rocky relationship during their tenures in office, with Trump repeatedly criticising his British counterpart in public statements as well in conversations with other world leaders.

Donald Trump said he would shell out 100,000 pounds not to listen to former British Prime Minister Theresa May, claims former host of "Good Morning Britain" Piers Morgan. In an article in The Spectator the journalist, who enjoyed a friendly relationship with the 45th president, wrote that he once told the Republican that May gets paid more than 100,000 pounds ($141,000) for her speeches since leaving office.

To that Trump reportedly replied:

Piers Morgan also alleged that Donald Trump was confused when he told him that PM May had earned more than $1 million for corporate speeches since she resigned in 2019. The British media reported that May receives $120,000 a year from the Washington Speakers Bureau.

As mentioned earlier, the relationship between Donald Trump and Theresa May saw ups and downs, with both politicians clashing on a number of issues, including Brexit, leaks of sensitive information, and terrorism. According to The Telegraph, which cited a cache of leaked documents, Trump mansplained to his counterpart and almost made her cry during one telephone conversation.