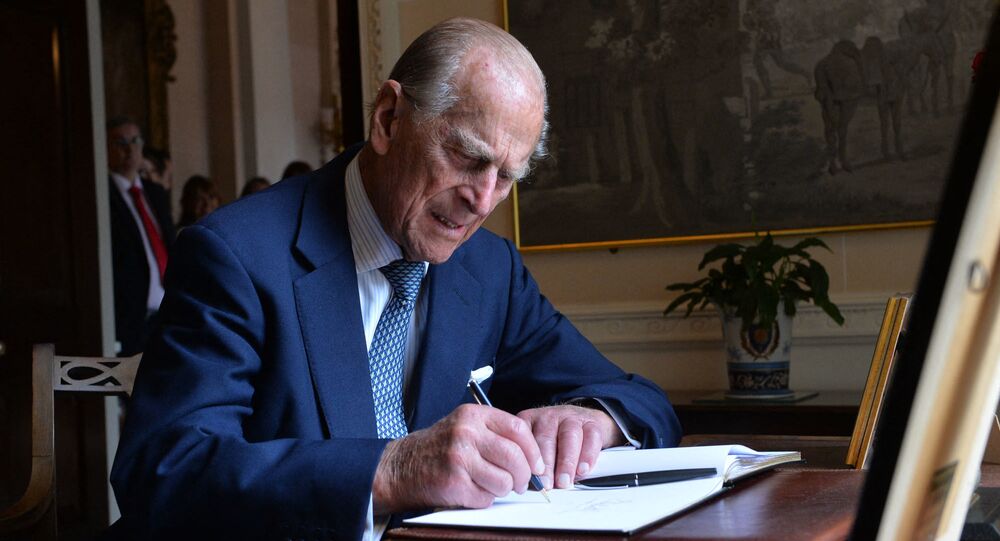 While James Cleverly, UK minister of state for the Middle East and North Africa, suggested that the uni's apology was "silly."

King’s College London is facing fresh criticism after apologising for sending a picture of the late Prince Philip to staff, the Daily Mail reports.

According to the newspaper, an email bulletin featuring a photo of the Duke of Edinburgh – a life governor of the uni from 1995 – opening the Maughan Library with the Queen in 2002 was sent to staff after the royal’s death in April. The message was reportedly met with anger by "left wing" recipients.

Outrage from the university’s Anti-Racism Community of Practice and Complaints over the "harm" caused by the email ensued (as Philip apparently made certain comments that were deemed racist and sexist), and, following what the newspaper calls "weeks of simmering tensions," Joleen Clarke, the associate director at King’s College libraries, sent the apology.

"Through feedback and subsequent conversations, we have come to realise the harm that this caused members of our community, because of his history of racist and sexist comments. We are sorry to have caused this harm," she said, as quoted by the newspaper.

Clarke also insisted the Duke of Edinburgh’s picture was included in the original email "as a historical reference point following his death” and that that move was not “intended to commemorate him."

Her response, however, was criticised by British Conservative politicians, with Tory MP and James Cleverly, UK minister of state for the Middle East and North Africa, simply commenting "This is just getting silly now” as he shared a report about the apology on social media.

This is just getting silly now. https://t.co/zGyH0MVDi7

​"We need to flush out people in our universities who are determined with an almost Maoist zeal to close minds in places which ought to be bastions of free and open debate," said another Tory MP, Sir John Hayes.

Royal expert Hugo Vickers also stepped forth to address claims about Prince Philip being racist, insisting that the Duke of Edinburgh and Her Royal Majesty "have spent their whole lives in service helping the Commonwealth."

"He may have said things at certain times to get a rise out of people, but he was the least racist person. In fact, he was very engaged in questions of equality and multi-racial societies going back to the 1950s," Vickers said. "I don’t think these people at King’s College know what they are talking about, frankly."