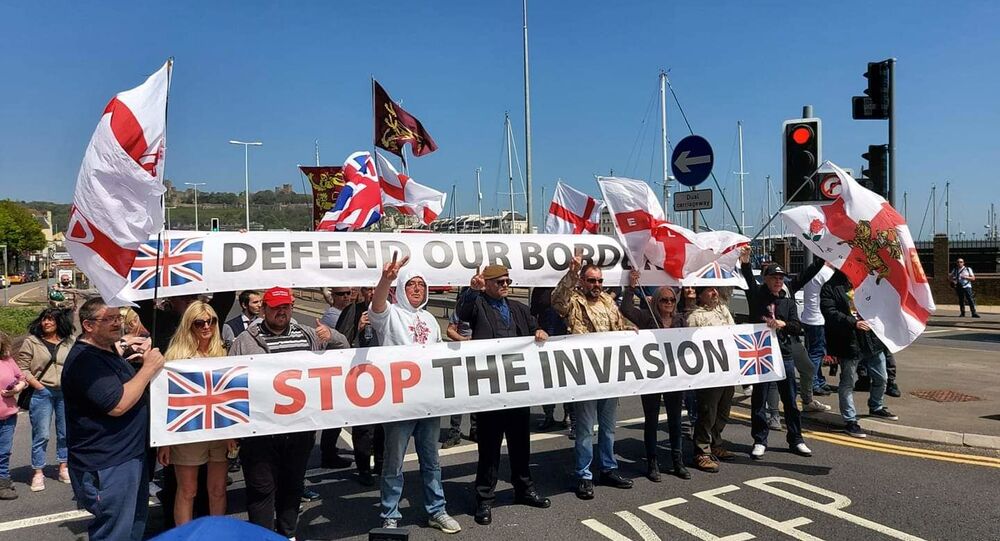 ​In September, a similar protest in the city gathered under the motto "protect our border", bringing the traffic to a standstill and resulting in clashes with riot police.

A rally against illegal migrant crossings in the port town of Dover in England has blocked traffic on the busy A20 motorway as dozens of people marched, waving English flags and chanting anti-immigration slogans.

Some 50 demonstrators, mostly men, were heard shouting "English Streets!" and holding banners reading "Defend our border" and "Stop the invasion".

​Scores of police officers have arrived at the scene, and at least one member of the procession was detained.

The protest comes as almost 200 migrants crossed the English channel on 13 May alone. Since the beginning of 2021, over 2,500 people have crossed into the UK on small boats - a spike of over 1,000 compared to the same period last year.