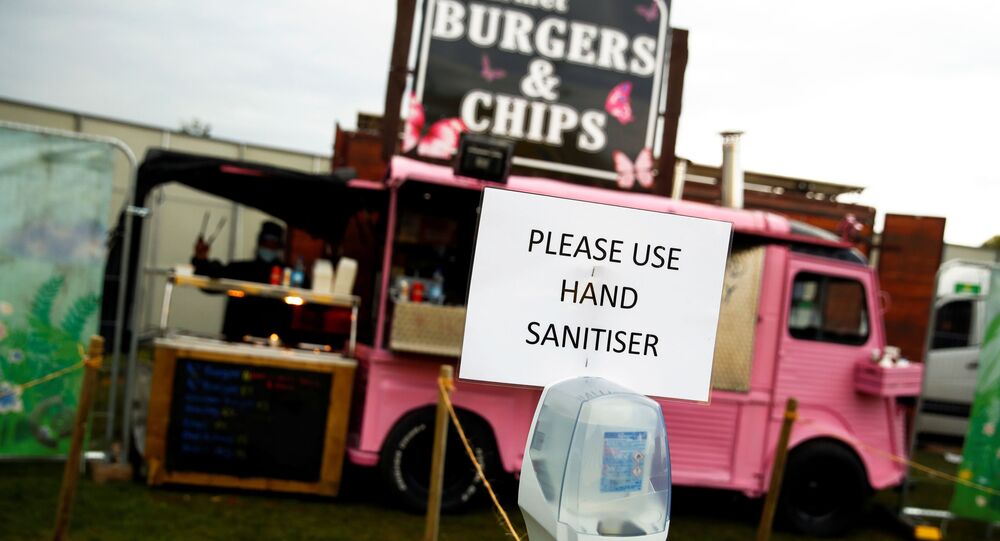 The great British rock festival, which has multiplied from just a handful of annual events in the 1980s to dozens in recent years, was one of the first victims of the coronavirus pandemic lockdown last summer.

British music festival organisers are cancelling events this summer after the government refused to back a COVID-19 cancellation insurance scheme.

Despite the looming "irreversible" final lifting of coronavirus lockdown restrictions on 21 June, the Boomtown Festival normally held in Hampshire every August has been cancelled for the second year in a row over fears of liabilities, while Glastonbury was held as an online virtual festival.

The Parliamentary Digital, Culture, Media and Sport (DCMS) Committee has called on Downing Street to reverse that decision.

"Music festivals have been treated as the poor relation by the government," said committee chairman Julian Knight, Conservative MP for Solihull. "Despite the huge economic and cultural contribution they make, few have benefited from the Culture Recovery Fund, and without our efforts, the sector would have been left out of the pilot events programme on the safe return of audiences."

© CC0
Glastonbury 2021 Virtual Festival Hit By Glitch, Leaves Thousands of Fans Unable to Login
Culture Minister Caroline Dinenage told the committee in March that the government would "much rather be able to make an announcement when I am absolutely certain things can go ahead" than give them false confidence with the indemnity scheme only to "pull the rug out from underneath them again".

"It is an enormous risk for any independent festival to commit to upfront, non-refundable costs and very difficult to plan with confidence in the absence of insurance," Association of Independent Festivals chief executive Paul Reed told Sky News. "The average cost of staging an independent festival is over £6 million".

Reed said a recent survey by his organisation found that 92.5 percent of members would not hold events without some form of government-backed insurance or indemnity cover, calling it "vital not optional".

Other promoters are more optimistic, however, with the twin Reading/Leeds festivals going ahead over the August bank holiday weekend, along with the Isle of Wight festival in September. And Festival Republic are holding a limited 10,000-ticket three-day edition of the Download heavy metal festival at Donington Park racetrack — home of the original Monsters of Rock festival — next week, with Kiss, Biffy Clyro and System of a Down headlining.