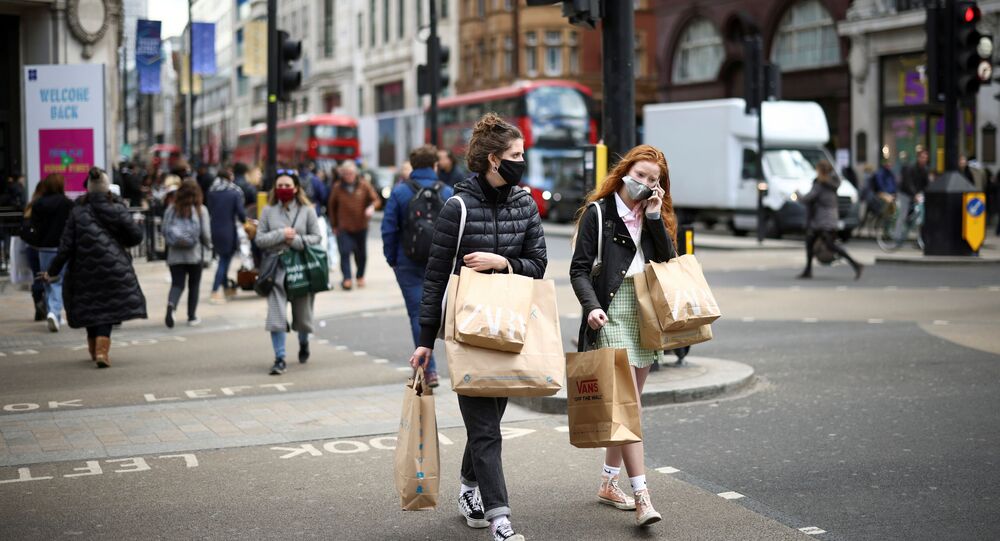 In testimony on Wednesday, Dominic Cummings referred to the COVID-19 pandemic as he accused UK Cabinet ministers of falling "disastrously short of the standards that the public has a right to expect of its government in a crisis like this".

Former "Good Morning Britain" (GMB) host Piers Morgan has apologised for the way he held the British government to account on his programme amid the coronavirus pandemic, insisting that he "should have gone much much harder".

Morgan made the remarks in a series of tweets shortly after UK Prime Minister Boris Johnson's former chief adviser Dominic Cummings testified before British MPs on Wednesday as part of a probe by parliamentary committees into the government's response to the COVID-19 pandemic.

If what Cummings says about @MattHancock is true, the Health Secretary must resign.
Never heard a more devastating evisceration of a senior Govt minister. pic.twitter.com/deHfkBoWWz

Wow. Cummings is confirming everything I feared about our Government’s appalling handling of this Pandemic.
His testimony is utterly devastating & exposes a terrifying level of incompetence & deceit led by Boris Johnson & Matt Hancock that cost 1000s of lives. Heads should roll.

A PERSONAL STATEMENT:
I'd like to sincerely apologise for the way I held the Govt to account during this Pandemic. It's quite clear from Cummings' shocking testimony that I should have gone much much harder. Sorry.

"Wow. Cummings is confirming everything I feared about our government's appalling handling of this pandemic", Morgan tweeted.

He described the ex-UK PM aide's testimony as "utterly devastating", something that "exposes a terrifying level of incompetence and deceit led by Boris Johnson and [Secretary of State for Health and Social Care] Matt Hancock that cost 1,000s of lives".

According to the former GMB host, "the government needs torching after this Cummings testimony".

The tweets followed the ex-BoJo adviser touching upon the alleged chaos in Downing Street in the days ahead of the first coronavirus lockdown.

Cummings told lawmakers that when the British public "needed us most, the government failed", arguing that Western countries, including the UK, had failed to see the COVID-19 crisis brewing.

He asserted that the British government "was not operating on a war footing" in February and "lots of people were skiing" at the time. It wasn't until the last week of February that there was any sense of urgency in Westminster, he claimed.

According to Cummings, Prime Minister Johnson considered COVID-19 to be a "scare story" and "described it as the new swine flu" in February 2020.

The former aide went further by arguing that Johnson was so sceptical about the threat from COVID in early 2020 that he considered getting injected with coronavirus live on TV to prove the disease wasn't dangerous.

"The heart of the problem was fundamentally I regarded him [Johnson] as unfit for the job and I was trying to create a structure around him to try and stop what I thought were extremely bad decisions and push other things through against his wishes", Cummings added.

© AP Photo / Matt Dunham
Cummings' Spill: 'We Are Absolutely F****d' Downing Street Said Before First UK COVID-19 Lockdown
The UK prime minister was quick to reject his former chief adviser's claims the government reacted too slowly to the spread of the coronavirus, which ostensibly lead to an unnecessary death toll.

Morgan, for his part, locked horns with Hancock when he served as GMB anchor, saying at the time that "we have nearly 1,000 health workers who have died on the front line" and that the secretary of state for health and social care "should be apologising".