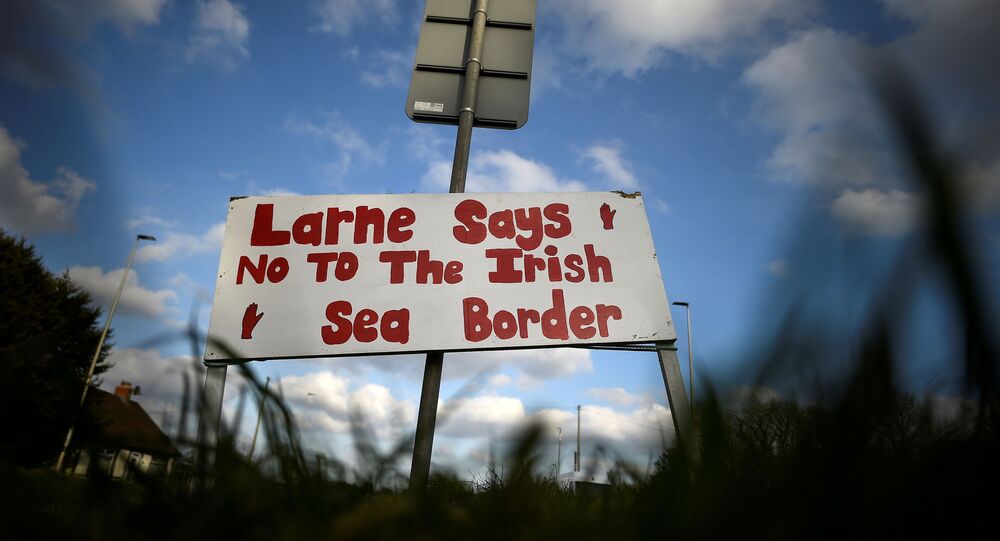 Growing dissatisfaction with the Northern Ireland protocol is straining the nerves of unionist and loyalist parties in Belfast who claim that the country is getting dragged away from the rest of the UK over border checks that were effectively installed in the aftermath of Brexit.

After European Commission President Ursula Von der Leyen made a saucy remark about ongoing tensions in Northern Ireland being caused by Brexit, and not the NI protocol, Downing Street wasted no time in hitting back at the official over her “disappointing” stance.

Speaking after the first day of the European Summit in Brussels, held on 24 and 25 May, Von der Leyen stipulated that a full implementation of the Northern Ireland protocol – a crucial part of the Brexit withdrawal agreement – had no alternatives amid an existing strain with the UK. In March, London unilaterally moved to extend the grace period on certain products exported to Northern Ireland from mainland UK, a move that the EU dubbed a “breach” of the Brexit agreement’s key provision.

“It is important to reiterate that the protocol is the only possible solution to ensure peace and stability in Northern Ireland while protecting the integrity of the European Union single market,” von der Leyen told reporters.

“If we see problems today we should not forget that they do not come from the protocol but result from Brexit; that is the reason the problems are there.”

But Johnson’s government spokesman moved to remind the EC president that the bloc is expected to demonstrate a “common sense” and “pragmatic” approach to the status of Northern Ireland and its position within the UK.

According to Downing Street, the EU shouldn’t treat the “regulatory border” between Great Britain and Northern Ireland – part of the EU’s single market and the United Kingdom at the same time – as any other border.

“While the EU prioritise protection of the single market and treat the regulatory boundary as if it were like any other external EU border, our focus remains on protecting the Belfast (Good Friday) Agreement in all its dimensions,” the official added, pointing to article 6.2 of the Northern Ireland protocol which “explicitly recognises Northern Ireland’s ‘integral place in the UK’s internal market’.”

“We are committed to working constructively with [the EU] to find solutions which protect the [Good Friday] agreement in all its dimensions. However, for this to happen, the EU must show common sense and take a pragmatic, risk-based approach to the challenges that remain,” the official added.

In April, Northern Ireland plunged into violent tensions over the Easter weekend as loyalists expressed their anger over post-Brexit arrangements and custom checks on goods that were seen as dragging the province further away from the rest of the UK. They also felt frustrated over a decision not to punish politicians from the main opposition Sinn Fein party for flaunting COVID-19 restrictions during a mass funeral.

Edwin Poots, the new leader of the Democratic Unionist Party, who succeeded Arlene Foster in the post, assumed his role by calling for the “undeliverable” Northern Ireland protocol to be scrapped.