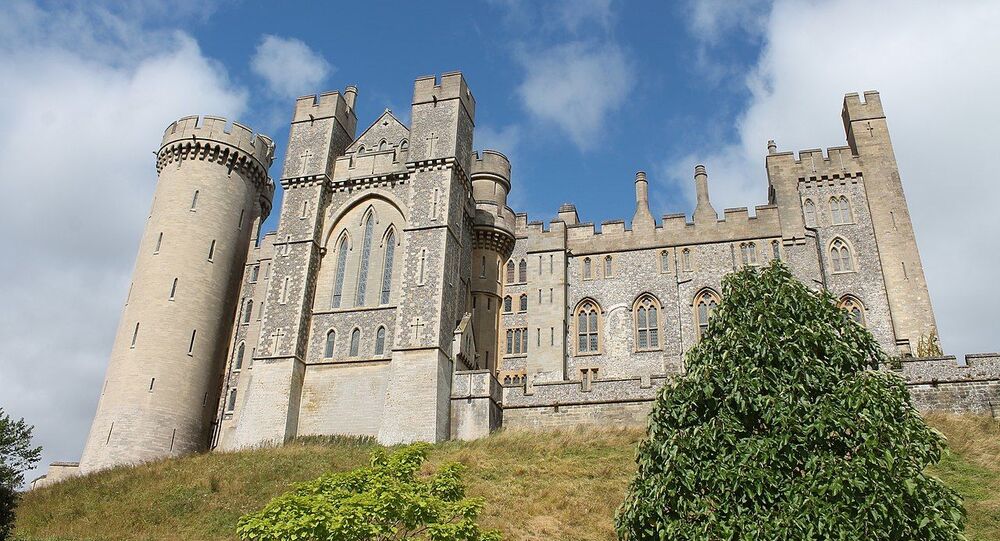 Priceless Beads Carried by Mary, Queen of Scots at Her Execution Stolen From Arundel Castle

The 11th century Arundel Castle, located in West Sussex, England, lost some of its most precious items last week, after an outrageous break-in.

Gold and silver items together worth more than £1 million were stolen from Arundel Castle on Friday, the Sussex Police announced.

The raid took place at 10:30 pm, as thieves broke into the castle through a window, smashing a glass cabinet and taking items on display, the officers revealed. The police said they arrived at the crime scene “within minutes” after a break-in alarm sounded in the Castle but were apparently unable to catch the perpetrators.

Among the stolen items were the Gold Rosary Beads which Mary, Queen of Scots carried at her execution in 1587. The monarch was put to death at Fotheringhay Castle at the age of 44 over accusations she had plotted the assassination of Queen Elizabeth I a year earlier.

“The rosary is of little intrinsic value as metal, but as piece of the Howard family history and the nation’s heritage it is irreplaceable,” the police said.

The Howard family restored the castle in the 18th century; it had been damaged during the English Civil War. For over 400 years, Arundel Castel has been the seat of the Duke of Norfolk. The current occupant is Edward Fitzalan-Howard, 18th Duke of Norfolk.

Among other stolen items were several coronation cups given by Queen Mary to the Earl Marshal and some other valuable treasures.

A spokesman for Arundel Castle Trustees said that the theft constituted real damage from a historical point of view.

"The stolen items have significant monetary value, but as unique artefacts of the Duke of Norfolk's collection have immeasurably greater and priceless historical importance,” he told the BBC.

Brighton & Hove Archaeological Society called the news “terrible” as police are searching for anyone in possession of information related to “suspicious activity” around the area of the Castle on Friday evening.

What terrible news from Arundel. This theft is from all of us. It is our heritage. https://t.co/U42ifUp7hW

Officers are also investigating whether the incident is connected to a fire at 4x4 saloon in nearby Barlavington village, which happened at around the same time the raid took place.

The break-in happened just several days after the castle re-opened to visitors on 18 May.

"If you are offered or hear of anyone offering for sale any of the items stolen, we would also like to hear from you,” the Sussex Police urged.