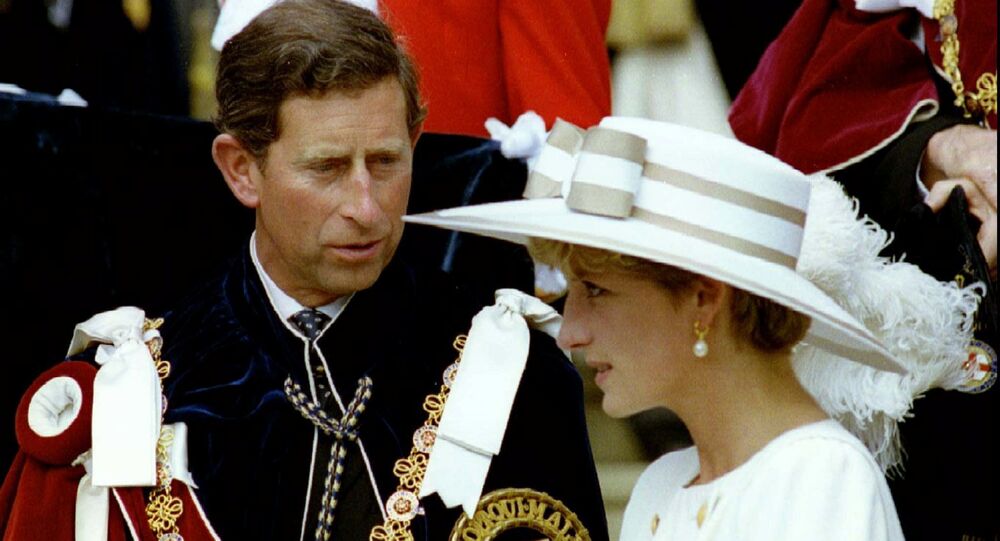 The Lord Dyson inquiry into Diana’s infamous 1995 Panorama interview with Martin Bashir concluded last week that the journalist acted in a “deceitful” way when trying to secure the trust of the princess. It also claimed that the BBC initially knew about Bashir’s tactics but chose to cover them up.

Prince Charles is "furious" that it took decades to address the damning claims made about him during Martin Bashir’s infamous Princess Diana interview, one of his friends – speaking on condition of anonymity – told the Sun.

“The narrative that came from that interview about Charles needs to be changed,” the pal claimed.

“He is privately furious that it has taken 27 years. The interview and allegations caused long-term damage to the future king and his household.”

In the interview that was aired in November 1995 shortly before Diana and Charles officially announced their divorce, the Princess of Wales famously claimed that there were “three of us” in their marriage, in reference to her husband’s affair with Camilla Parker Bowles. Moreover, Diana also questioned Charles' fitness to be a king during the talk. The Panorama programme was watched by almost 23 million viewers across the United Kingdom and severely strained Diana’s relationship with the royal family.

Controversy Around How the Interview Came About

According to Diana’s brother Charles, Earl Spencer – who introduced his sister to Bashir after the journalist showed him fake bank statements claiming that people close to the princess were being paid to spy on her – the reporter also fed Diana at least 32 faulty claims to secure the interview. These included bizarre allegations that Prince Edward had Aids and that Prince Charles was cheating on her with their children’s nanny Tiggy Legge-Bourke.

© AP Photo / Jacqueline Arzt
The Princess of Wales is greeted by supermodel Karen Mulder, left, and an unidentified man on her arrival at a celebrity gala charity dinner and fashion show in the heart of London Monday Nov.20, 1995.

Speaking to The Sunday Times last week, Bashir dismissed Spencer’s allegation that he made up lies about the royals, suggesting that it was “possible” that they came from Diana herself.

The journalist, who left his BBC religious affairs correspondent post on 14 May over health issues, has admitted that he was “wrong” to show Spencer the fake documents but said he didn’t believe the interview was harmful to Diana.

“I never wanted to harm Diana in any way and I don’t believe we did,” Bashir said. “Everything we did in terms of the interview was as she wanted, from when she wanted to alert the palace, to when it was broadcast, to its contents... My family and I loved her.”

It's widely believed that Diana herself never saw the forgeries made by Bashir and freelance designer Matt Wiessler.

In a recently recovered note, the Princess of Wales wrote following the interview that “Martin Bashir did not show me any documents, nor give me any information that I was not previously aware of.” The mother of Princes William and Harry also wrote that she had “no regrets” for doing speaking out.

But the Lord Dyson inquiry into the interview still concluded last week that Bashir breached BBC rules by showing Earl Spencer the doctored documents in a bid to get access to Diana. The report accused Bashir of “deceitful behaviour” but concluded that BBC officials knew about his malicious tactics but decided to cover them up due to the interview’s massive success.

In 1996, the BBC’s internal review, led by the channel’s future director-general Tony Hall, concluded that Bashir acted in an “honourable” way in relation to Diana and cleared him of any wrongdoings.

Shortly after the findings from the Dyson review were unveiled to the public, the BBC's current director general, Tim Davie, sent apologies to Princes William, Harry, and their father Charles on behalf of the corporation.

In a letter to Princes Charles, the BBC reports, Davie apologised for Bashir's "lurid and untrue claims" about the future king and other members of the Royal Family. The letter agreed that Bashir intended “to play on the princess's fears, in order to arouse her interest in him, and without concern for the impact on those he maligned" with some of his claims.

According to Prince Charles’ pal, he will not publicly react to the inquiry's findings and letter. No comment has followed from Clarence House.