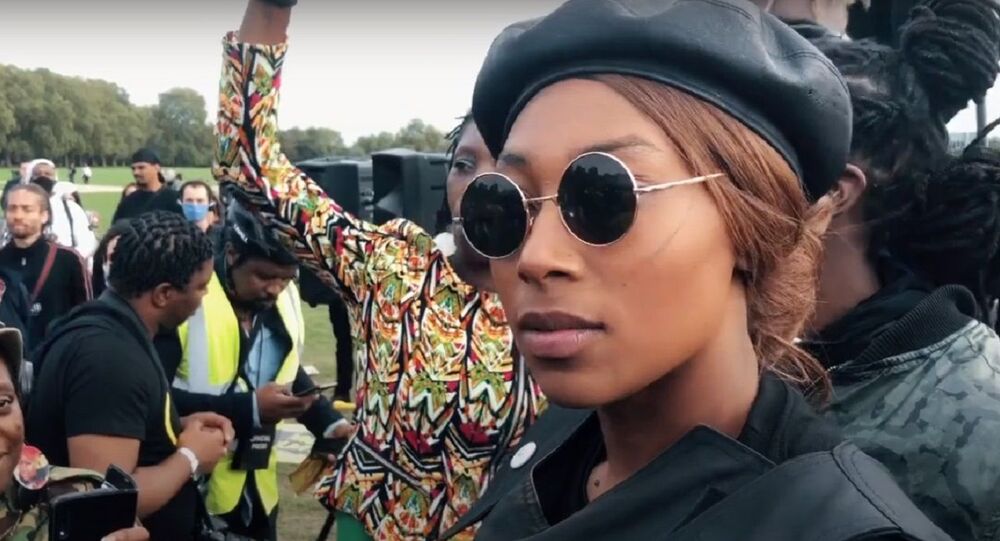 Sasha Johnson, the self-styled "Black Panther of Oxford", set up the Taking The Initiative Party. Miss Johnson has also called for the creation of a national register for alleged racists that would "ban them from living near people from ethnic minorities."

A Black Lives Matter activist who has called for racists to be treated in the same way as sex offenders is fighting for her life after being shot in London over the weekend.

A spokesperson for her Taking The Initiative Party, which was set up as Britain’s first “black-led political party” said the shooting followed “numerous death threats as a result of her activism."

BLMUK expresses our shock and solidarity over the shooting of Sasha Johnson. A young mother and fearless political campaigner who was at the forefront of many BLM protests last summer. https://t.co/4DzuqnhkT2

​But the Metropolitan Police said: "While the investigation is at an early stage, there is nothing to suggest that the woman who was shot was the subject of a targeted attack or that she had received any credible threats against her prior to this incident."

Miss Johnson is in a “critical condition” in a south London hospital.

Detectives from the Met’s Specialist Crime Command (Trident) - which was originally set up to investigate black-on-black crime in London - are said to be “pursuing a number of priority lines of enquiry.”

As Black Lives Matter activist Sasha Johnson is in a critical condition after sustaining a gunshot wound to her head, people on here describing themselves as "patriots", displaying Union Jack & Flag of St George. . . are rejoicing.

​The shooting took place outside a house where a party was taking place.

Detective Chief Inspector Jimi Tele said: “This was a shocking incident that has left a young woman with very serious injuries. A dedicated team of detectives is working tirelessly to identify the person or persons responsible for this shooting. They are making good progress but they need the public’s help.”

DCI Tele added: "I recognise that this incident will have shocked those in the local community and further afield. I would ask people to avoid speculating as to the motive or the circumstances behind it."

#BLM members are calling for the Police to immediately investigate the shooting of Sasha Johnson.

The same Police that they’re campaigning to defund.

​But on social media there is no end of speculation about the motivation for the shooting, with many Black Lives Matter supporters believing she was targeted for her outspoken views.

The shooting took place in Peckham, a deprived part of south London which is rife with gangs.

They include the Peckham Boys and their arch-rivals the GAS (Guns and Shanks) gang.

Sending healing to Sasha Johnson. Was shot in her head this morning. Critical condition.