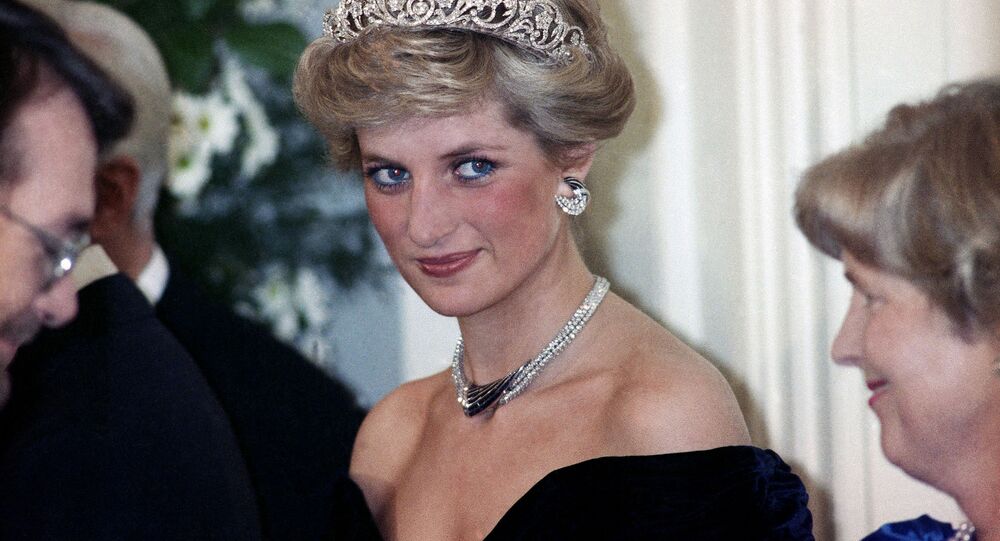 An independent inquiry into Lady Diana’s infamous 1995 BBC interview with Martin Bashir – which revealed to the public that Prince Charles was cheating on her – concluded this week that the journalist used “deceitful behaviour” to lure the princess into the televised chat, which effectively ended her marriage.

Martin Bashir doesn’t believe he wronged Princess Diana when securing the infamous Panorama interview that severely strained her relationship with the Royal Family.

Speaking to media for the first time since an independent inquiry by Lord Dyson found that he deceived Prince Harry and Prince William’s mum into the controversial talk, he told The Sunday Times that despite feeling “deeply sorry” for her sons, he didn’t believe his behaviour was harmful to the late princess.

“I never wanted to harm Diana in any way and I don’t believe we did,” Bashir said. “Everything we did in terms of the interview was as she wanted, from when she wanted to alert the palace, to when it was broadcast, to its contents ... My family and I loved her.”

Bashir, who left his religious affairs correspondent post at the BBC on 14 May after a long bout with health issues, has dismissed Prince William’s accusations that he fuelled his mother’s paranoia and isolation with the interview.

“Even in the early 1990s, there were stories and secretly recorded phone calls. I wasn’t the source of any of that,” Bashir claimed.

Interview That Changed Everything

In 1995, Diana’s public revelations were watched by over 20 million people across the United Kingdom, raising eyebrows among viewers who were shocked to hear from the princess that there were “three of us” in her marriage to Prince Charles, in reference to the future king’s affair with Camilla Parker Bowles. Shortly after the interview, the Queen green-lighted the couple's divorce.

The circumstances around the controversial programme led to an internal inquiry by the BBC in 1996, following claims that Bashir used forged bank statements to secure the interview by feeding on the princess' fears that her close associates were being paid to spy on her.

© REUTERS / STR New
Princess Diana and Prince Charles look in different directions, November 3, during a service held to commemorate the 59 British soldiers killed in action during the Korean, Nov. 3, 1992

The inquiry, headed by Tony Hall – who later landed the BBC's director-general role – concluded that Diana never saw the fake documents. The forged papers were created by freelance designer Matt Wiessler upon Bashir’s request but the blame for the situation was mostly put on the former, with Hall’s inquiry clearing Bashir of any wrongdoing and claiming that his behaviour was “honourable.”

Diana’s brother Charles Spencer disagrees. He was not interviewed during 1996 inquiry but maintains that Bashir showed him the fake statements to gain his trust in a bid to get introduced to his sister.

In November 2020, a quarter of a century after the interview went on air, the BBC issued an official apology to Earl Spencer – despite this, he demanded the channel be subject to an independent inquiry into the matter. Lord Dyson's probe was announced shortly after.

Earl Spencer insists that Bashir’s interactions with his sister and resulting backlash from the interview contributed to her car crash death in 1997, after she had given up her royal security detail.

But Bashir disagrees that he is to blame for everything that followed the interview:

“I don’t feel I can be held responsible for many of the other things that were going on in her life, and the complex issues surrounding those decisions,” the journalist told The Times.

“I can understand the motivation [of Earl Spencer’s comments] but to channel the tragedy, the difficult relationship between the royal family and the media purely on to my shoulders feels a little unreasonable... The suggestion I am singularly responsible I think is unreasonable and unfair.”

© REUTERS / Kevin Lamarque
The Princess of Wales, accompanied by her son Prince William, arrives at Wimbledon's Centre Court before the start of the Women's Singles final July 2

The reporter is still ready to admit that it was “wrong” to show the forgeries to Earl Spencer – although their timelines differ. Bashir claims that this happened only after he had been introduced to Diana in October 1995. Earl Spencer and graphic designer Wiessler told the Dyson inquiry that his deceit took place much earlier in August 1995.

According to Spencer, who was described by Lord Dyson as “a credible and convincing witness,” Bashir made at least 32 faulty claims to Diana to land the interview with her – including that Prince Edward had Aids or that Prince Charles was cheating on her with their nanny Tiggy Legge-Bourke.

Bashir says that it was ridiculous to suggest that he would make up something so bizarre, while noting that it was “possible” that some of these claims came from Diana herself.

“If I were trying to ingratiate myself, why would I be saying things that would take one phone call to be dismissed as absolute arrant rubbish?” he fumed, while speculating that the Princess of Wales herself did not really trust her brother.

“Her relationship with him was very difficult. Fairly soon after we met, she didn’t want me to communicate with him. She felt he would leak details of the interview and stuff, and felt that he wasn’t trustworthy,” the former BBC correspondent argued.

Lord Dyson, former justice of the Supreme Court, said in his review that he had rejected many parts of Bashir’s account during the review as “incredible, unreliable and, in some cases, dishonest.”

‘Not a Good Person’?

According to Diana’s former boyfriend Hasnat Khan, who she dated between 1995 and 1997, the princess cut her ties with the BBC reporter because her eldest son Prince William “hated the Panorama interview” and didn't think that Bashir was a good person.

Bashir maintains that he and Diana remained close friends after the programme went on air, and that she was happy with the interview. She even reportedly visited the reporter's his wife Deborah in St George’s hospital after she gave birth to their third child.

“We were friends,” he says. “She was spectacular.”

“I was a young man when the interview took place,” Bashir concluded, while admitting that he made a “serious error” with some of his actions:

“I hope that people will allow me the opportunity to show that I am properly repentant of what happened.”