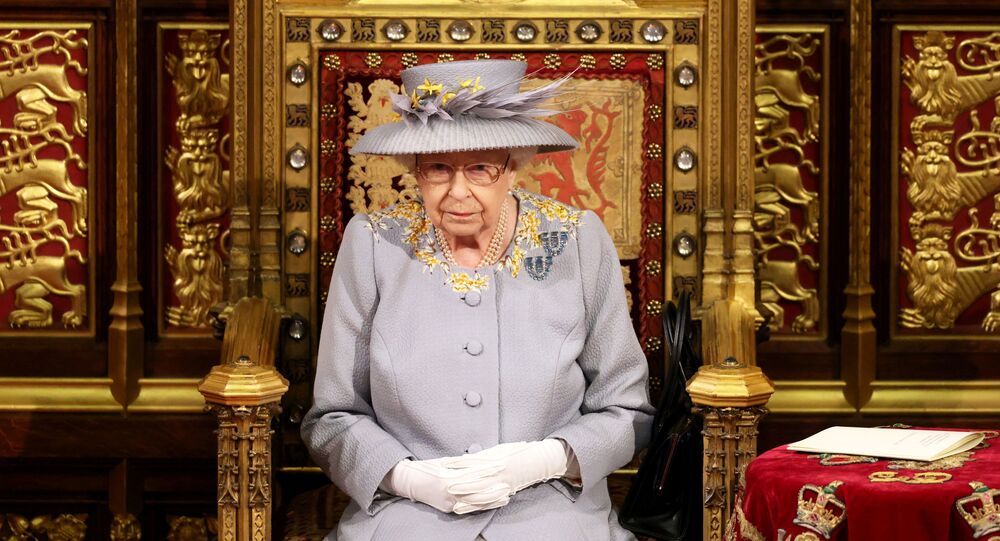 The Royal Family's relationship with Prince Harry has been described by insiders as "hanging by a thread" amid the barrage of so-called ‘truth bombs’ dropped by the Duke and Duchess of Sussex, such as the tell-all sit down with Oprah Winfrey and the ‘runaway’ Prince’s interview as part of a series on mental health for Apple TV+.

The Queen is described as being “deeply upset” by what she regards as a succession of “very personal” barbed attacks on the Royal Family by Prince Harry, claim insiders cited by the Daily Mail.

The 95-year old Monarch has reportedly been profoundly shaken by her grandson’s public statements since the bombshell Oprah Winfrey interview given by the Duke and Duchess of Sussex in early March.

Prince Harry had recently again joined forces with the chat show host, this time as part of “The Me You Can't See” American documentary series on mental health, streaming on Apple TV+, which he produced alongside Winfrey.

When it comes to mental health, we all have a story to share. In the US alone, 1 in 5 people suffer from some form of mental illness. & on any given day, YOU may not feel 100%. Which is why Prince Harry and I have partnered together for #TheMeYouCantSee: https://t.co/Hmd7mnJwYy

​This time, in a fresh bout of venting, Prince Harry detailed his mental struggles following the death of his mother, Princess Diana, in a car crash when he was 12.

A week earlier, the royal appeared on the “Armchair Expert” mental wellness podcast hosted by American actor and writer Dax Shepard to stir further controversy as he criticised his father, Prince Charles, for his parental attitude.

“Harry’s grandmother has taken this very personally and is deeply upset by what Harry has said, in particular his comments about Charles’s parenting and suggesting his father knows no better because of how he was brought up. It has been a very upsetting time,” a Royal source was cited as saying.

Previous reports suggested that amid mounting ire among palace aides there have been calls for the Duke and Duchess of Sussex to give up their titles.

The younger son of Charles, Prince of Wales, and Diana, Princess of Wales, has reportedly “shocked” royal aides with his criticism of his Father’s parenting skills and, by implication, those of the Queen and the late Prince Philip.

The sixth in the line of succession to the British throne had blasted Prince Charles’ parenting in the mental health series with Oprah Winfrey, asserting that his father told him he would suffer the same problems he did.
Prince Charles would allegedly tell him to “play the game”.

“That doesn't make sense. Just because you suffered doesn't mean that your kids have to suffer, in fact quite the opposite,” he added.

Prince Harry also discussed traumatic memories from his childhood, such as the death of his mother Princess Diana in the 1997 car crash after being chased by the paparazzi.

“The clicking of cameras and the flashes of cameras makes my blood boil. It makes me angry. It takes me back to what happened to my mum, what I experienced as a kid,” said Prince Harry.

Despite the continuing onslaught of “revelations” coming from the Duke of Sussex, Prince Charles is understood to maintain hope of a reconciliation with his younger son, according to palace sources.

“I don’t think the Prince will cut his son off despite what Harry has said. Charles will want to engage, but it’s fair to say what Harry has said in both interviews with Oprah has been seen as very callous within the family. If Harry was to attack the Queen in a more personal way, Charles would close ranks with the Queen without a doubt and Harry would be out in the cold,” an insider quoted by the outlet as saying.

Prince Harry, who together with his wife Meghan Markle officially stepped down from senior royal duties in March 2020 to relocate to California, has repeatedly heavily criticised the royal institution as well as his own Father - Prince Charles - for failing to help him process the grief of losing his Mother, while also failing miserably at protecting him and his brother, Prince William, from undue media attention.

Nevertheless, an insider was cited by the outlet as saying:

“Charles is such a gentle man and a dedicated father first and foremost. He’ll be feeling wretched. He wants to seek a reconciliation. He is not vindictive at all.”

The Duke of Sussex also accused the palace and British media of a “combined effort” to “smear” his wife, Meghan Markle, ahead of their first Oprah Winfrey interview about the decision to quit royal life.

The lengthy interview with Winfrey had abounded in critical commentary on the royal family. In particular, the couple had hinted at conversations within the fold on their son Archie's skin colour, and Meghan Markle’s suicidal thoughts.

© AP Photo / Dominic Lipinski
In this Wednesday May 8, 2019 file photo Britain's Prince Harry and Meghan, Duchess of Sussex, pose during a photocall with their newborn son Archie, in St George's Hall at Windsor Castle, Windsor, south England. The Duchess of Sussex has revealed that she had a miscarriage in July. Meghan described the experience in an opinion piece in the New York Times on Wednesday. She wrote: "I knew, as I clutched my firstborn child, that I was losing my second." The former Meghan Markle and husband Prince Harry have a son, Archie, born in 2019.

Despite calls to postpone the controversial interview due to the fact that Prince Philip was receiving hospital treatment at the time, the bombshell scoop went on air on 7 March, plunging Prince Harry and Meghan Markle’s popularity even lower in the UK. Prince Philip died at Windsor Castle on 9 April.

According to royal insiders, the Royal Family has been struggling to understand why the prince has embarked on this journey of devastating “truth bombs”, or what he hopes to achieve.

“It is perfectly possible to campaign effectively on the issue of mental health without talking in such intimate detail about his own experiences.”

Referring to the flurry of “revelations” let loose by Prince Harry and Meghan Markle, another aide was cited last week as suggesting:

“They should put the titles into abeyance, so they still exist but are not used, like they agreed to do with their HRHs. They should just become Harry and Meghan.”