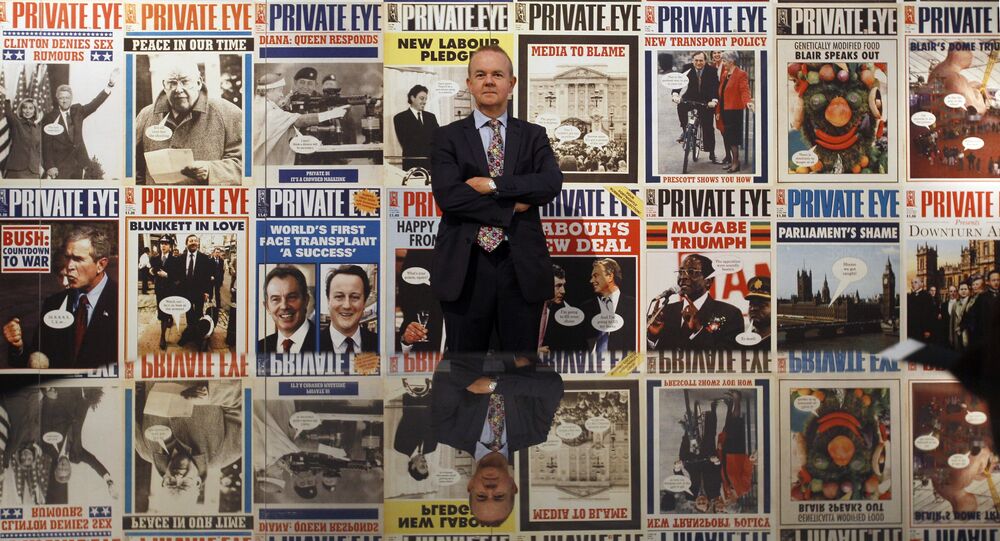 Ian Hislop's magazine Private Eye chronicled the media frenzy around the last months of Diana's life — including her courting of paparazzi photographers to keep herself in the news — and criticised the hypocrisy of the British media in the wake of her death.

The editor of satirical magazine Private Eye has said Princess Diana went into her notorious BBC interview with her eyes open and ready-scripted lines.

Ian Hislop's comments are in stark contrast to Prince William's accusation on Friday that journalist Martin Bashir's subterfuge to arrange a 1995 interview with the Princess of Wales for BBC's Panorama contributed to her "fear, paranoia and isolation" and ultimately led to her death two years later.

Hislop made the comments in front of an audience on Thursday evening during the recording of an episode of humorous BBC quiz show Have I Got News For You. Cartoonist Rich Johnson, who draws for political gossip site Guido Fawkes, was in the audience and gave an account the next day.

“There was some confusion about when the new Panorama investigation into the Martin Bashir interview with Princess Diana was or wasn’t being broadcast, having to talk in the past, present or future tenses, as the show was recorded the day before transmission," he said.

"But Ian Hislop made one of the more nuanced analyses over Diana and the culpability of Bashir, reminding us that at the time, Diana had, without attribution, already written the book of her life with Andrew Morton, that was going to do a TV interview with someone anyway, and that she had writers prepare lines such as 'there were three of us in this marriage, so it was a bit crowded' — she didn’t write those herself," Johnson continued.

Private Eye published regular critiques and parodies of the media frenzy around the last months of Diana's life — including her exploitation of the paparazzi following her movements for her self-promotion.

The magazine satirised the national outpouring of grief following her death in a car accident in Paris on August 31 1997 — along with her lover Dodi Fayed and driver Henri Paul — with one of its customary photo caption covers. The same issue highlighted the hypocrisy of many media outlets and commentators who had panned the Princess just weeks earlier.