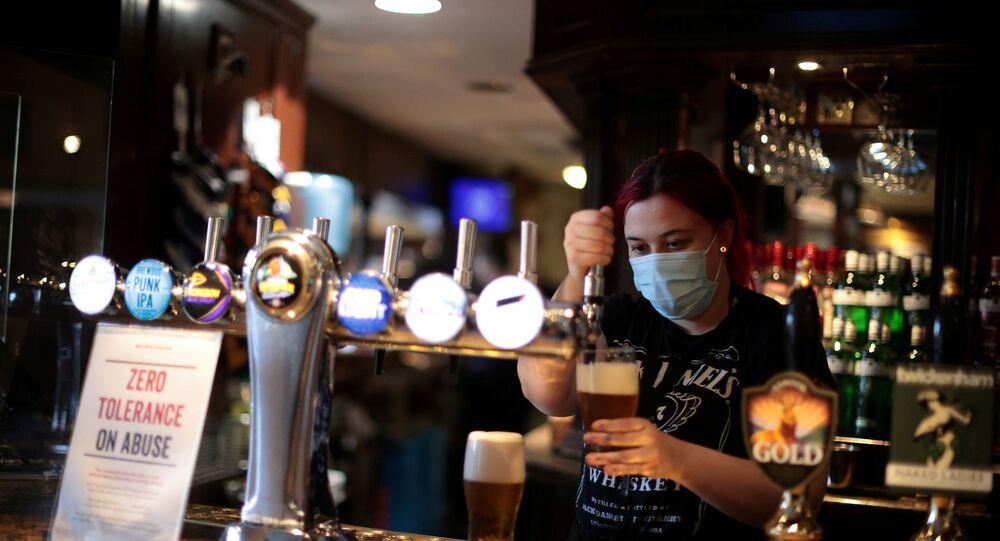 Government sources, including the Prime Minister Boris Johnson, have warned that the scheduled date for abandoning all coronavirus restrictions (21 June), could be postponed because of the emergence of the more infectious 'Indian variant' of the virus.

British Prime Minister Boris Johnson has given hope for business as usual at pubs as he unveiled plans to scrap the one-metre COVID-19 social distancing rule by 21 June.

Conservative MPs said the PM gave an optimistic outlook for the approaching end of lockdown rules at a Wednesday night's weekly meeting of the 1922 Committee group of Tory backbenchers.

Lifting the last restrictions on indoor drinking and dining was the "single biggest difference" the government could make to the hospitality sector, Johnson said, adding: "We are hopeful we can do that at the end of the road map."

But the prime minister cautioned that the move to allow crowds to form in pubs once again would depend on rates of coronavirus infection and death "continuing in the right direction", as official warnings have begun to be made about the more infectious Indian variant.

"He seemed very upbeat about removing the one-metre-plus rule next month," one MP told the Times. "He told us he fully realises that it is the biggest difference the government can make to letting pubs serve customers in reasonably normal conditions and that means getting rid of any capacity restrictions."

"Given pubs are financially unviable under the present restrictions they face, being able to reopen without any restrictions at all from 21 June is going to be vital to their survival," British Beer & Pub Association chief executive Emma McClarkin said.

Data from the Office for National Statistics published this week astonishingly showed that the mortality rate in England was at its lowest for 20 years despite the ongoing pandemic.

COVID-19 is now only the ninth-greatest cause of death in the country, as UK-wide daily deaths from the virus have dropped to single figures from a peak of more than 1,800 in late January. That fall has been has been credited to the country's rapid immunisation programme, with some 70 percent of UK adults having had at least one dose and four in 10 their booster at the close of play on Wednesday.

Under the government's "cautious but irreversible" four-stage unlocking plan, pubs, cafés and restaurants were allowed to serve customers outdoors from April 12 and indoors from May 17. Nightclubs and indoor music venues can reopen in stage four, at present scheduled for 21 June.

​Just over 127,500 deaths in the UK have been attributed to COVID-19 since the first case was recorded in January 2020, with 4.4 million infections recorded.