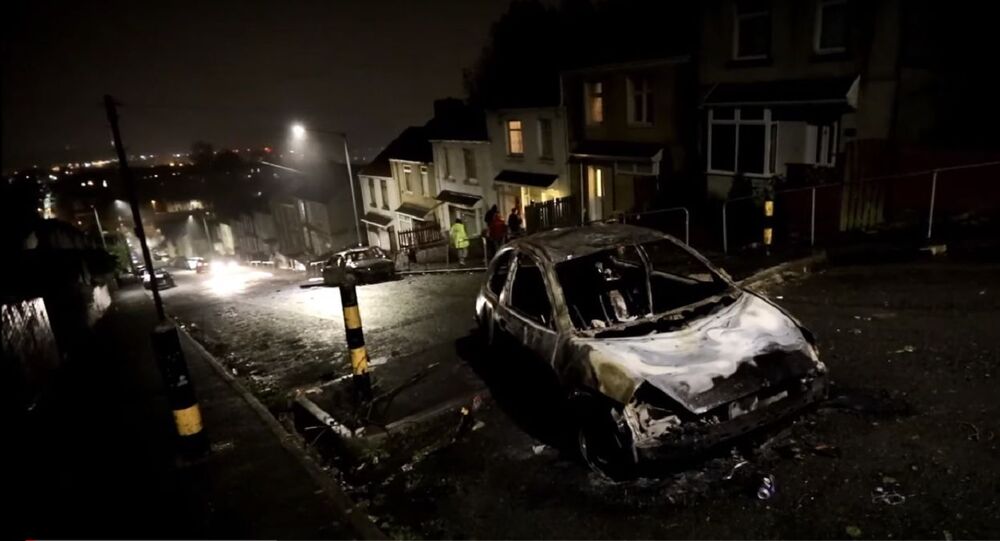 Hwliganiaid: Welsh First Minister Furious at 'Unacceptable' Riot Which Broke Out in Swansea

The city of Swansea was forged in the industrial revolution of the 19th century and is famous as the home town of poet Dylan Thomas. But it has suffered from industrial decline in the last 50 years and is in the list of top 10 of UK conurbations for opiate overdoses.

The First Minister of Wales, Mark Drakeford, says "unacceptable" disturbances in Swansea on Thursday night will not be tolerated.

Several cars were set on fire and pushed down a steep hill in the Mayhill district of Swansea. Footage of the events popped up on Instagram and Snapchat.

The violent scenes in Swansea last night were completely unacceptable and will not be tolerated anywhere in Wales.

Thank you @SWPSwansea for bringing the situation under control and continuing to monitor it closely this morning.

​When police intervened, they were pelted with missiles by a crowd of thugs and were forced to retreat.

A local newspaper showed images of two cars on fire in the middle of the street as a crowd gathers and cheers.

It was estimated that 200 people became involved in the riot, which reportedly began after youths gathered at a vigil for a young man who died earlier this week.

​The Chief Constable of South Wales Police, Jeremy Vaughan, said he was both “saddened and furious” by the trouble.

South Wales Police issued a statement at 10.45 p.m. on Thursday, 20 May, which said: “A number of our officers are at the scene of large-scale disorder in the Mayhill area of Swansea. Residents are urged to stay indoors while the matter is brought to a safe conclusion”.

Saddened and furious at events in Swansea last night.

So many families will have been tormented by those responsible, rest assured we @swpolice will stop at nothing to find them.

We will work hard with others to help and support local residents who deserve better than this.

​The incident is not believed to have been politically motivated, and the rioters have been described on social media as “yobs.”

Some residents of Mayhill are furious at the police for failing to protect them.

​Adam Romain told the BBC he feared the "mob" would enter his home and attack him, his girlfriend and their two small children after he confronted them and tried to stop them setting fire to his car.

Mr Romain said: “Bricks were starting to be lobbed at me and my house...my children were in the house, my girlfriend was in the back screaming, scared for their lives. I was standing at the front, hoping, praying, that they wouldn't come inside the house”.

Nobody was injured or killed in the disturbances but South Wales Police have vowed to catch those responsible.

The aftermath of a riot in the Mayhill area of Swansea this evening. #swansea #riot #photography #wales pic.twitter.com/Wsh8tkkSqk