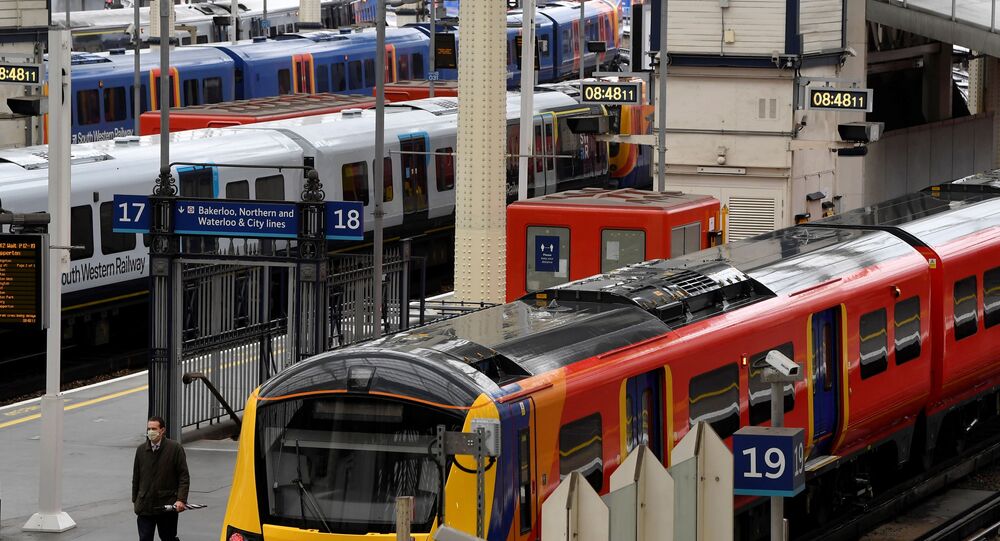 Railway unions demanded the government go further than the Williams-Schapps review recommended and fully reverse the privatisation of railways enacted under the Tory government of John Major — and Labour's Tony Blair.

The Conservative government is set to outflank the Labour opposition to the left again — this time by resurrecting British Rail.

Public control over the railways will increase with the creation of Great British Railways, replacing infrastructure body Network Rail — with added responsibility for ticketing, fares, and timetables.

The widely-criticised franchise model of state-subsidised privatisation will be replaced by "Passenger Service Contracts" under which train operating companies (TOCs) — many of them owned by European national rail firms — will be paid to provide services with incentives to increase passenger numbers and "run high-quality services".

"We're going to have one single familiar organisation called Great British Railways", Transport Secretary Grant Shapps told Sky News on Thursday, "It will run all the different aspects of the railway in order to bring the whole thing together".

"It's three years to the week since that disastrous timetable change in May 2018, where the entire system melted down", Shapps pointed out. "When people said 'who has got control of this?' The answer was no one, no guiding mind... no fat controller looking after the railway", he added — referring to the famous character from "Thomas the Tank Engine".

​Another change, prompted by the two-thirds slump in passenger numbers during the coronavirus pandemic, will be flexible season tickets for those commuting to work only two or three days per week.

The reforms stem from a newly-published review by former British Airways CEO Keith Williams launched way back in 2018 — of which Shapps was named a co-author in April. The review went before parliament on Thursday as a white paper.

The new body will even sport an updated version of the classic British Rail logo of two interlocked arrows symbolising parallel railway tracks — and evoking the Union Jack. The logo is currently used by National Rail, an association of TOCs that issues tickets still bearing the symbol.

​Prime Minister Boris Johnson's government has pressed ahead with high-speed rail lines linking London to the Midlands and north of England — where the Tories snatched dozens of formerly rock-solid Labour seats in the 2019 general election — despite protests by environmentalists.

The Tories had already triangulated Labour in the March budget, when Chancellor Rishi Sunak announced a six-point hike in corporation tax to cover the cost of paying furloughed workers' wages — a move opposed by Shadow Chancellor Anneliese Dodds.

Labour MPs, some of whom were children at the time, appeared to forget that their former leader Tony Blair's government not only broke promises to re-nationalise the railways but nationalised Network Rail's ill-fated predecessor Railtrack — leading to the 1999 Paddington rails disaster that killed 31 people.

​​Trade unions in the railway sector demanded a complete re-nationalisation of services.

© REUTERS / John Sibley
Labour Deputy Leader Gets Four Times Donations of Tories She Accuses of Sleaze
​Newly-elected RMT General Secretary Mick Lynch called the review a "missed opportunity to make a clean break from the failures of the past", adding that the continued involvement of private operators meant no change to the status quo where "the taxpayer carries all the risk while the train companies carry out bags of cash".

"If the government were serious about recognising ‎the impact of failed rail policy down nearly three decades they would cut out the middleman, strip away the dead weight of the private companies, and work with their staff on building a transport system fit for the future where investment in the workforce and infrastructure comes first", Lynch said.

ASLEF General Secretary Mick Whelan welcomed "the belated admission that privatisation of our railways by John Major's Tory government in 1994 has been an abject failure", adding: "Everyone is delighted to see the back of the franchise system".

But he asked: "Why are private operators still involved in what is, and will always be, a service monopoly where there is, and can be, no real competition?"

"The old arguments of 'risk and reward' don't apply", Whelan argued. "There are no risks, so why should there be rewards?"