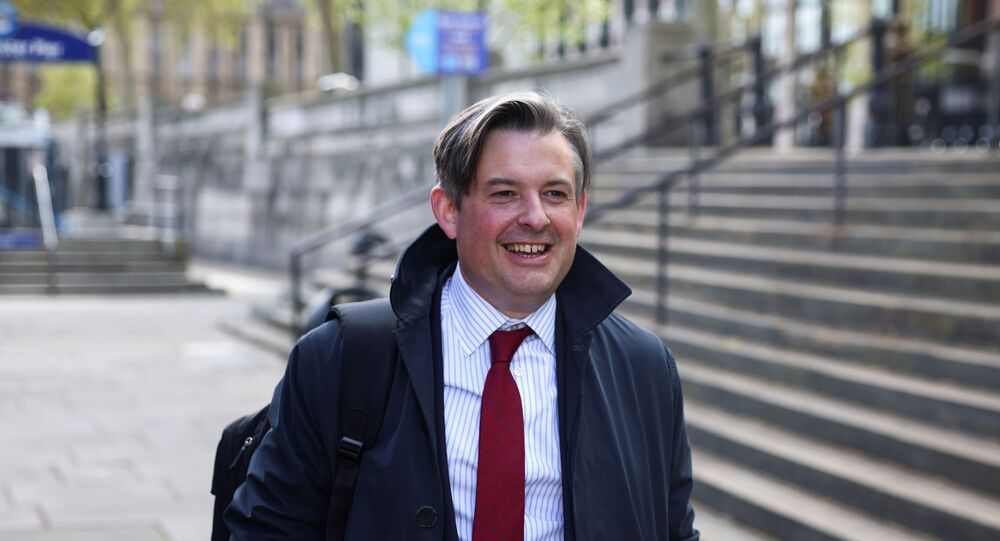 For Our Eyes Only: Labour Frontbencher Says Party’s Principles are ‘Confidential’

Jonathan Ashworth repeated bland platitudes mouthed by other party comrades, promising consultations and listening to voters in the wake of the May 6 local and regional elections that saw Labour lose even more ground to the Conservatives.

A Labour Party frontbencher has refused to say what the party even stands for, insisting that information is "confidential".

“What does the Labour party now stand for? Have you had that conversation?” asked ITV Good Morning Britain co-host Adil Ray of shadow health secretary Jonathan Ashworth in Tuesday morning interview.

"I, I can't, they're confidential meetings," Ashworth stammered in response. "It's a political party! I'm not asking you PIN numbers!" Ray shouted incredulously.

​"We have got to speak to the British people about their priorities and their interests and their concerns," the Leicester South MP continued — and hinted that Labour was going to ask voters what principles it should have.

© REUTERS / John Sibley
Labour Deputy Leader Gets Four Times Donations of Tories She Accuses of Sleaze
The shadow cabinet member fell back on the obvious: that voters want better schools, health services and well-paid jobs. He waxed lyrical, rhyming: "We can do much better to make the air that we breathe cleaner and our communities greener!"

"It is ironic though," regular host Susanna Reid pointed out, "when you say we need to tell the electorate what we stand for, but we can't yet because it's confidential." Ashworth brushed off his embarrassing blunder as a mere "throwaway comment".

A Savanta ComRes poll published on Monday showed Prime Minister Boris Johnson way ahead of Labour leader Sir Keir Starmer in approval ratings in all age groups — with more saying they "don't know" who is a better leader than backing Starmer.