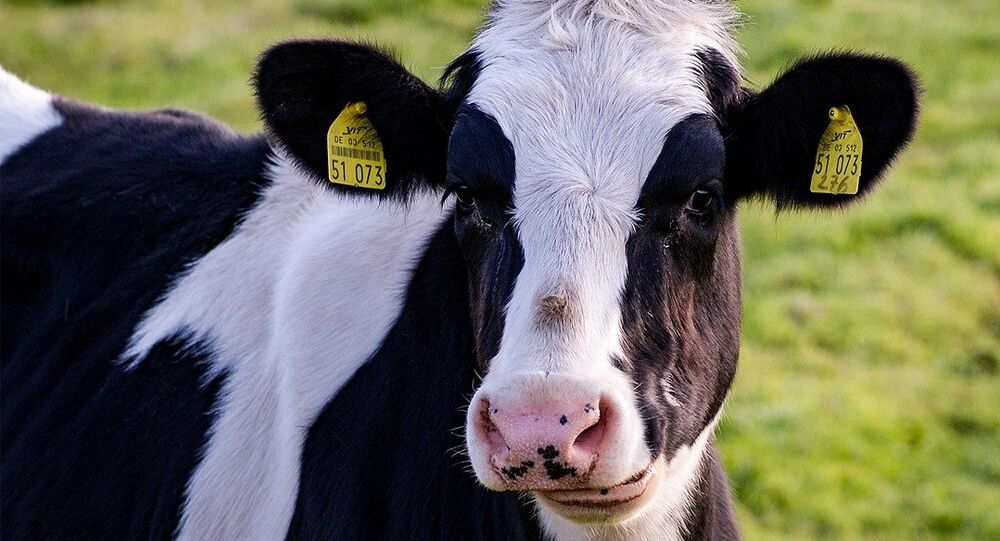 Tensions within the Conservative Party in the UK are bubbling ahead of a Cabinet ministers’ meeting on Thursday. The sticking point between the politicians is UK-Australia tariff-free trade.

UK Environment Secretary George Eustice and Cabinet Office Minister Michael Gove, who don’t sympathise with the idea, have reportedly been at loggerheads with Trade Secretary Liz Truss and Brexit Minister Lord Frost, who support tariff-free access for Australian farmers to the UK.

On Wednesday, Prime Minister Boris Johnson was questioned by the SNP's Westminster leader Ian Blackford about the impact of the deal on Scottish farmers.

“This deal would be the final nail in the coffin for many Scottish crofters and farmers, it will end a way of life that has endured for generations, prime minister. I know that many of the prime minister’s Tory colleagues privately agree with me and want him to pull back from this deal. So will the prime minister finally listen, think again and ditch a deal that will send our farmers down under?” Blackford said.

In return, Johnson dismissed the criticism and suggested that British farmers “make the most of free trade”.

“Our food exports are second to none, he should be proud of that, we should be celebrating that and all he does is call for us to pull up the drawbridge and go back into the EU to be run by Brussels, that’s his manifesto and I think the people of this country have decisively rejected it”, the PM told the Parliament.

​Johnson’s signal of support for a UK-Australia FTA would be welcomed by Trade Secretary Liz Truss, who led the first round of negotiations for an FTA in June 2020 with the Australian minister for trade, tourism, and investment, Simon Birmingham.

Ministers Gove and Eustice, on the other hand, reportedly believe in a deal with tougher restrictions than what the Australian side is pushing for, such as a five-year slashing of all import taxes on their beef and lamb heading to Britain.

Eustice told reporters that the government is for a trade deal “with countries like Australia, but obviously on the right terms”.

The UK National Farmers Union (NFU) has expressed concern over the tariff-free imports of Australian beef and lamb, suggesting that “many British farmers – especially those who rear beef cattle and sheep – would simply not be able to compete”.

“Australia believes beef imports could displace Irish beef in the UK and any increase in lamb volumes could displace imported New Zealand volumes. This may be the case in the short-term, but given the sheer volume of product a major agricultural exporter like Australia can produce and sell, there is no guarantee that under such pressure UK producers will not face damaging price falls. Granting Australia complete free access to the UK’s market could also set a precedent for other future trade deals. The US, for instance, may demand the same unrestricted access for their beef as has been granted to Australia in any future trade negotiations”, the NFU said in a statement.

"We want to just have some checks & balances in place to make sure that farmers in this country are not undermined, which has been a cast iron commitment from the Prime Minister & this government."@Minette_Batters speaking to @IanKingSky this morning on Australia/UK trade 🇦🇺🇬🇧 pic.twitter.com/qqrAC7Uy8Q

​Despite the rumoured rift, the Cabinet plans to reach a decision on the details of the deal on Thursday.

According to the UK government, a trade deal with Australia would be one of the first major trade agreements pursued by a post-Brexit UK. In June, the British leadership will be meeting with their Australian counterparts at the G7 summit in Cornwall, where the two sides are expected to discuss a finalised deal.