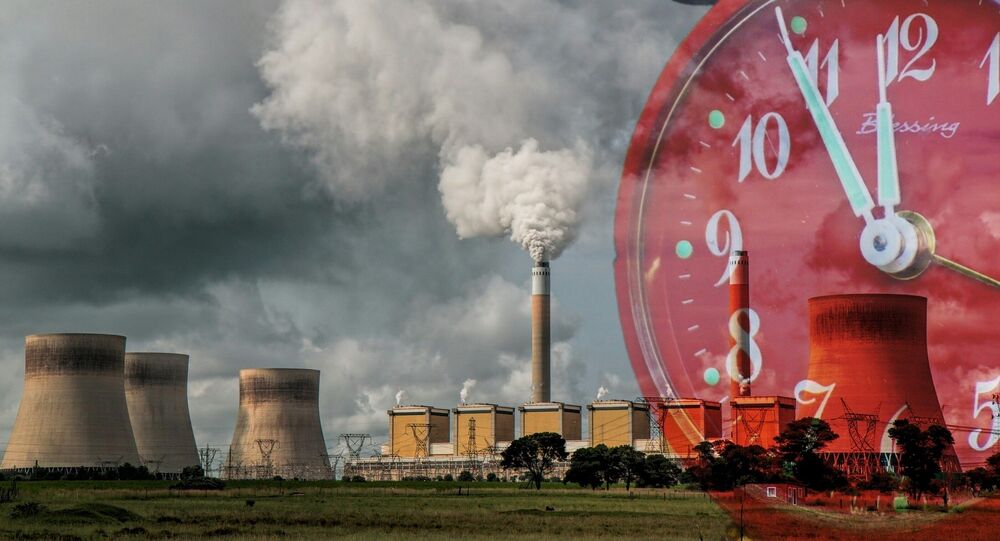 The price of carbon emission allowances on the EU carbon market has risen from 15 euros a tonne to 55 euros in the last 12 months. Now, in the wake of Brexit, Britain is launching its own emissions trading scheme.

The UK Emissions Trading Scheme has begun working, with British companies forced to switch over from the EU scheme, which Britain formally left on 1 January.

On the first day of trading the price of carbon allowances has already gone through the £50 a tonne barrier amid speculation the government will be forced to intervene if the price continues to soar.

​The first auction of 6,052,000 carbon allowances is being held on Wednesday, 19 May, with pent-up demand driving up the price.

The Financial Times reported earlier this week that government intervention would be triggered if the average price of allowances goes above £44.74 a tonne for three consecutive months.

Such an intervention would be deeply embarrassing for the British government, which is hosting the COP 26 UN climate conference in Glasgow in November.

So what are carbon allowances?

Businesses in Britain which produce large emissions - such as factories, power stations, airlines and even shopping centres - have to offset these emissions by buying permits.

The #UKETS opens a new chapter in pricing carbon for GB polluters today. Not directly linked to the #EUETS, a strong indirect linkage through the power sector. We @ICISOfficial expect utilities hedge demand & need for EUA/UKA swap to create UKA price pressure at the start. #OCTT pic.twitter.com/tJZkBC3RvC

These permits are known as carbon allowances but the price on the EU market has skyrocketed in recent years - rising from less than 10 euros a tonne in 2018 to almost 60 euros today.

The UK ETS is a completely new market and would be expected to be roughly the same as the EU emissions trading scheme.

But the £50 a tonne mark is actually slightly higher than the current price on the EU market.

The UK ETS scheme is closely modelled on the EU carbon market.

But the UK has a lower national emissions reduction target and the EU system has a market intervention mechanism, which the British model does not.