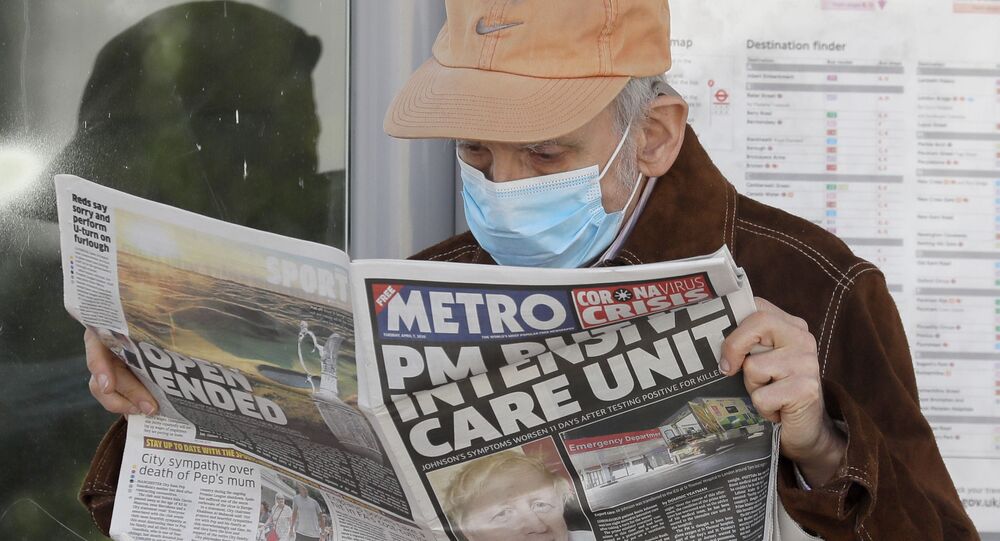 Last spring Boris Johnson fell seriously ill with the COVID-19 virus. On 6 April 2020 he was taken into an intensive care unit and there were fears he would become the first prime minister in modern Britain to die while in office.

A nurse who looked after Prime Minister Boris Johnson when he was seriously ill with the COVID-19 virus last year has reportedly resigned in disgust at the "lack of respect" shown for NHS workers by the government.

Jenny McGee made the remark during a Channel 4 documentary which will be broadcast in Britain next week.

Ms McGee was one of the team who were by Mr Johnson's bedside in an intensive care unit at St Thomas' Hospital in London for two days.

BREAKING 🚨: The lead nurse who cared for Boris Johnson has resigned from the NHS.

Jenny McGee said: “We’re not getting the respect and now pay that we deserve. I’m just sick of it. So I’ve handed in my resignation.”

RT if you think NHS workers should receive a proper payrise.

​She said she was angered by the one percent pay rise being offered to NHS staff and said in the film: "We're not getting the respect and now pay that we deserve. I'm just sick of it. So I've handed in my resignation".

Ms McGee said the pay offer was the last straw after a year in which the pandemic had rocked Britain.

"Lots of nurses felt that the government hadn't led very effectively – the indecisiveness, so many mixed messages. It was just very upsetting", Ms McGee added.

In the documentary, entitled "The Year Britain Stopped", she also referred to seeing Mr Johnson when he first arrived in the intensive care unit.

"All around him there was lots and lots of sick patients, some of whom were dying. I remember seeing him and thinking he looked very, very unwell. He was a different colour really", she said.

It is not clear whether Ms McGee plans to return to her native New Zealand after quitting her job.