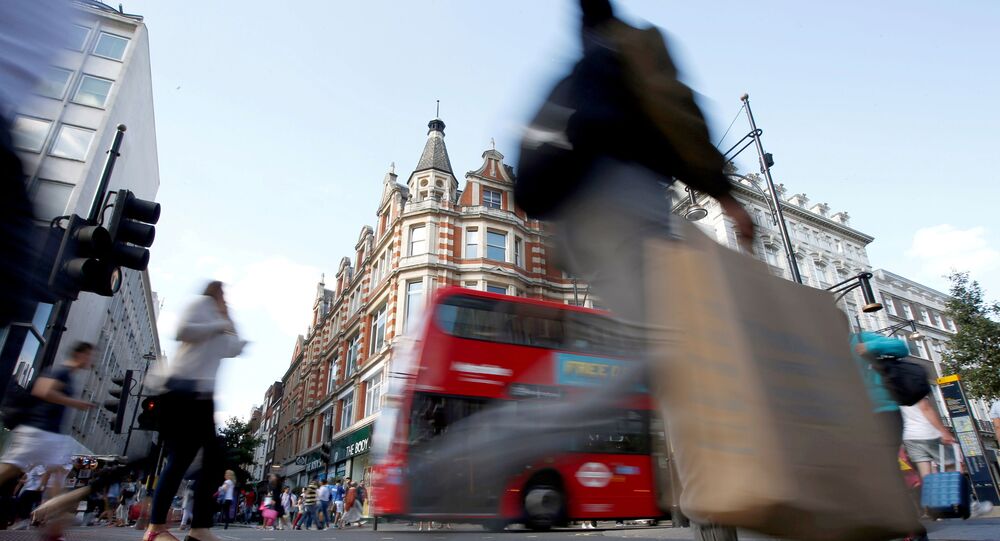 Last week, the Home Office launched an information campaign calling on EU citizens living in the UK to apply for the nation's settlement scheme as soon as possible.

The UK Home Office has mistakenly sent letters to a whole host of long-term British citizens, warning that they may lose their right to work, benefits, and free healthcare unless they apply for immigration status in the next six weeks.

According to the letter, "the United Kingdom has left the European Union, so to carry on living in the UK after 30 June 2021, you and your family members need to have a UK immigration status".

The Guardian cited some of those people as expressing concern over being classified as foreigners on internal Home Office databases although they have had British citizenship for decades.

"It seems like an algorithm has done this. She has heart disease and her blood pressure went through the roof. I can't understand why they don't cross-check the databases to see if someone already has permission to stay. Why create unnecessary stress by sending a letter like that to people to whom it doesn't apply?", Helen Howard-Betts told the newspaper, referring to her mother, Marianne Howard.

Consultant pathologist Isabella Moore, who has had British citizenship for the past 40 years, said she "doesn't understand" why she was "being singled out as a foreigner and told" she was "getting benefits from the Department for Work and Pensions".

"I paid national insurance contributions for 33 years. […] I felt complete disbelief. My daughters were born here and are in their 30s", Moore added.

Thank you to all the advice and support from all the twitterers on the situation with my mum and EU settlement scheme. I am quite overwhelmed. I believe it is resolved and she, like others, has been sent the letter in error. A lot of unnecessary stress for an octogenarian, pic.twitter.com/sorH08srsQ

The Guardian also cited an unnamed woman who has lived in the UK for 14 years as saying that the authorities "should have a better system and not scare people like this".

The woman said the situation is "irritating because after Brexit we feel like second-class citizens anyway".

She was echoed by Maike Bohn, co-founder of the3million, a non-profit organisation supporting EU citizens in the UK, who voiced concern over the Home Office's "frightening letters" urging people "to apply to the EU settlement scheme to remain eligible for benefits". Bohn berated the Home Office for being unable "to exclude those who have naturalised to become British decades ago or who already hold pre- or settled status".

A Home Office spokesperson has, meanwhile, touted the government's efforts to use "every possible channel to encourage anyone who may need to and is eligible for the EU settlement scheme [EUSS] to apply".

"In trying to reach as many people as possible there may be a small number of cases where letters have been sent to someone who is naturalised as a British citizen or has already applied to the EUSS. In these cases the letter makes clear that no action is required. We would urge anyone eligible for the EUSS to apply before the 30 June deadline. Already there have been 4.9 million grants of status", the spokesperson said.

They apparently referred to some versions of the letter containing a paragraph calling on recipients to ignore the notification if they already have citizenship.

© Sputnik / Alexey Vitvitskiy
Number of EU Citizens in UK Now Higher Than Before Brexit, Home Office Data Shows
The EUSS pertains to EU, European Economic Area (EEA), or Swiss citizens or their family member who became residents in the UK by 31 December 2020, when the Brexit transition period wrapped up.

According to the British government, EUSS applications must also be submitted "even if you were born in the UK but are not a British citizen" or "have a permanent residence document". Additionally, such applications should be handed in if "you're not an EU, EEA or Swiss citizen, but your family member is".