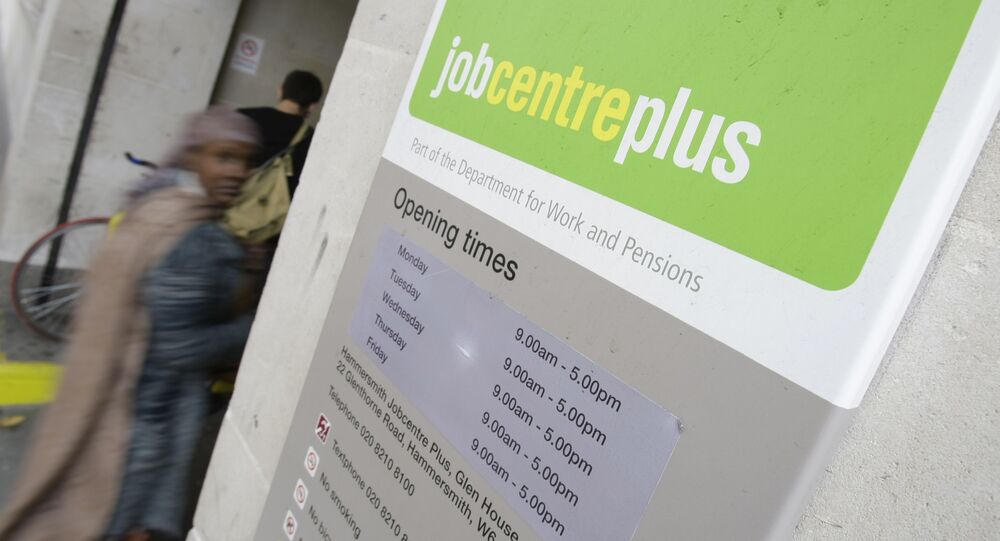 LONDON (Sputnik) - UK unemployment dropped to 4.8 percent from January to March this year, but only 0.3 percentage points lower than in the previous quarter, as the economy began to show signs of recovery with the easing of the COVID-19 restrictions, the Office for National Statistics reported on Tuesday.

The official report stressed, however, that despite the increase in the number of payroll employees, mainly in the hospitality sector, there are still more than 772,000 jobless people in the UK compared to pre-pandemic levels.

"With many businesses reopening, the recent recovery in job vacancies continued into April, especially in sectors such hospitality and entertainment", Darren Morgan, ONS director of economic statistics, said.

The Coronavirus Job Retention Scheme launched by the UK government at the start of the COVID-19 pandemic a year ago has also prevented massive layoffs.

Under the programme, employers can apply for a grant to cover 80 percent of the salary - up to 2,500 pounds ($3,491) per month — of the employees that could not work due to the pandemic. The initiative was initially set to expire in April but was extended by another six months, although employers will be asked to contribute 10 percent of furloughed workers' wages in July, rising to 20 percent in August and September.