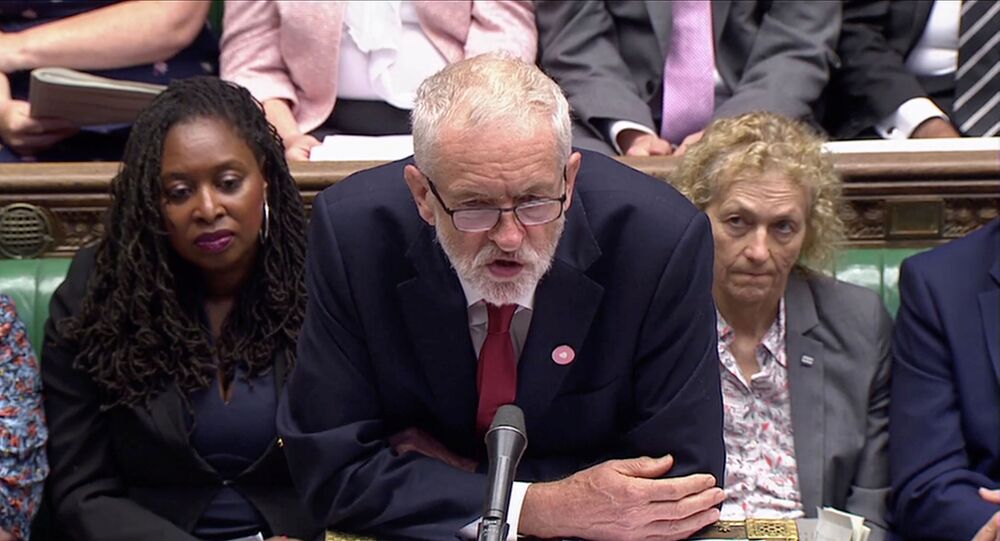 "The loss was enormous last week. And the loss was also to third parties such as the Green party of disillusioned Labour voters because they felt, I believe, that the opposition is not strong enough to win against the government. Do I take responsibility for it? No," Corbyn told the Calling Peston political podcast.

He also noted that the loss had nothing to do with the party's policies, since Labour proposed "a set of popular policies in the last manifesto — green industrial revolution, investment in the economy, equality legislation, national education services, all of those things."

According to Corbyn, the party showed stable performance in elections during his tenure from 2015 to 2020, snatching an impressive win in 2017 with over 40% of the votes — the highest since 1997. He stressed that some losses were later expected over the Brexit issue and after the introduction of the first-past-the-post voting system.

Corbyn has been blamed by the media and the new leadership, headed by Keir Starmer, for tarnishing Labour's image, which ultimately led the party to a disastrous loss of 300 house seats.

The UK held local elections in the first week of May, during which Labour lost control of eight councils and more than 300 seats. One of the councils the party lost, County Durham, was the first one the party ever ran and had been under its control for more than 100 years.