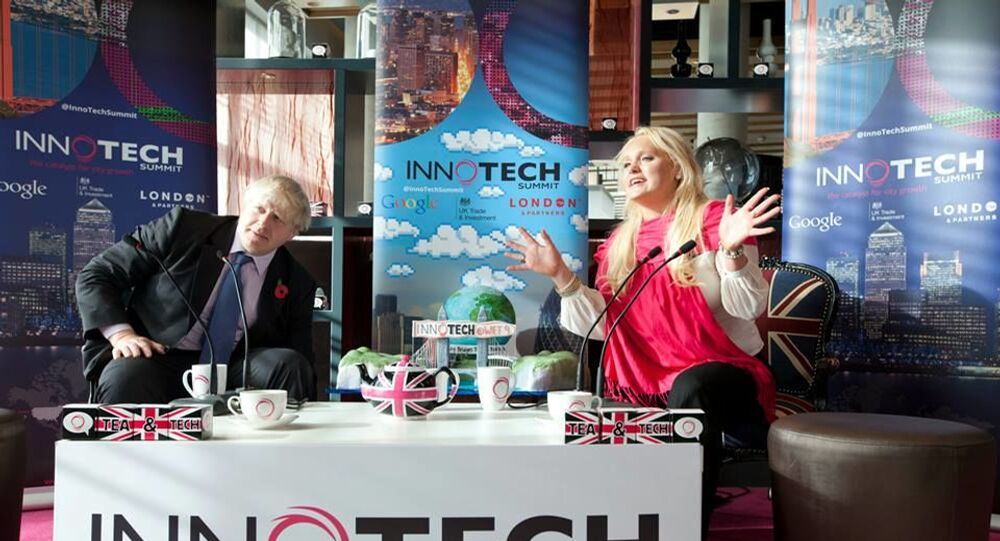 Jennifer Arcuri, a business student when she met then-London mayor Boris Johnson in 2012, has claimed she had a four-year fling with the current UK Prime Minister, who has never publicly accepted nor denied having an affair with the American entrepreneur.

Netflix, Amazon and Disney+ get in line: a bombshell story is reportedly up for grabs, tailored to appeal to TV audiences, reports The Sun.

While featuring fictional characters, the drama will be built around the alleged love affair between US entrepreneur Jennifer Arcuri and then-Mayor of London Boris Johnson, according to the outlet.

The storyline, crafted by Arcuri herself, 36, is said to contain an endearing ‘politician’ character who is popular with his fan base but has a voracious sexual appetite.

The businesswoman, who claims she enjoyed a four-year fling with the current Prime Minister is reported to have passed the ready script over to US producers.

“Jennifer saw first-hand the sleazy world of London politics for four years. She has a lot of material from her time with Boris — stuff which might be really embarrassing for him,” a source is cited as saying.

According to the outlet, the now married “ex-lover” is hell-bent on exposing everything she was privy to during her stint in the UK capital.

“…She also saw lobbyists, civil servants and fundraisers all getting up to no good. There’s a hidden world of sex and corruption behind closed doors in British politics and she’s going to expose it,” added the source.

During her time in London as a business student in 2012, Jennifer Arcuri met then-London mayor Boris Johnson, with the two reportedly exchanging numbers when she was volunteering on his re-election ‘battle bus’.

According to the tech entrepreneur, the two embarked upon a more intimate relationship on the opening night of the 2012 Paralympics, with their fling continuing until 2016.

Arcuri said that she would meet Johnson, then married to his now ex-wife, Marina Wheeler, for ‘sex sessions’ at her flat in Shoreditch, East London, which boasted a dancer’s pole.

Johnson was also claimed to have invited the woman to his home in Islington, North London, for romantic interludes while Marina Wheeler was away.

Just months ahead of the 2019 UK general election, the scandalous claims gained traction as Johnson found himself under fire from UK media outlets.

Reports blamed him for a conflict of interest over failing to declare his personal ties to Jennifer Arcuri amid allegations she received favourable treatment for her business ventures during his eight-year stint as mayor.

It was reported that the businesswoman had accompanied Johnson on three taxpayer-funded trade missions and thousands of pounds through mayoral funds and government programmes were funnelled into her company Innotech in 2013.

However, a subsequent probe by the Independent Office for Police Conduct (IOPC) concluded in 2019 that there was no evidence to suggest that Johnson in any way influenced the payment of sponsorship money to Arcuri's business.

Boris Johnson has repeatedly denied any wrongdoing, claiming he acted with ‘honesty and integrity’ in his work relationship with the entrepreneur.