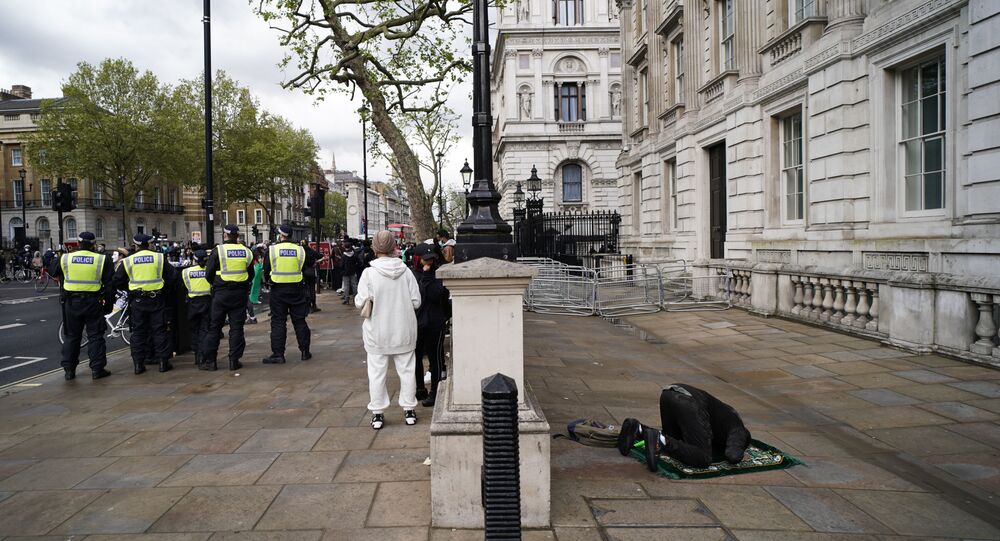 LONDON (Sputnik) - Several police officers were injured at the demonstration held in support of Palestinians in London, the Metropolitan Police said.

"Nine officers were injured as they worked to disperse crowds outside the Israeli Embassy in Kensington this evening (Saturday, 15 May)," the police said.

A total of thirteen people were arrested in London on Saturday, according to Scotland Yard.

According to the Metropolitan Police, protesters were encouraged to disperse first, but were met with hostility and had to take action to end the protest.

Over 100,000 of us marched through London to stand with Palestine and say NO to Israel. This must be the biggest protest I've seen in a decade!

According to local media reports, participants in the London march were throwing bottles and eggs at police.

Earlier on Saturday, a Sputnik correspondent reported that thousands of people marched in support of Palestinians in central London. The march was organized by the Palestine Solidarity Campaign (PSC). The protest started off as a peaceful demonstration, and the majority of people were wearing masks.