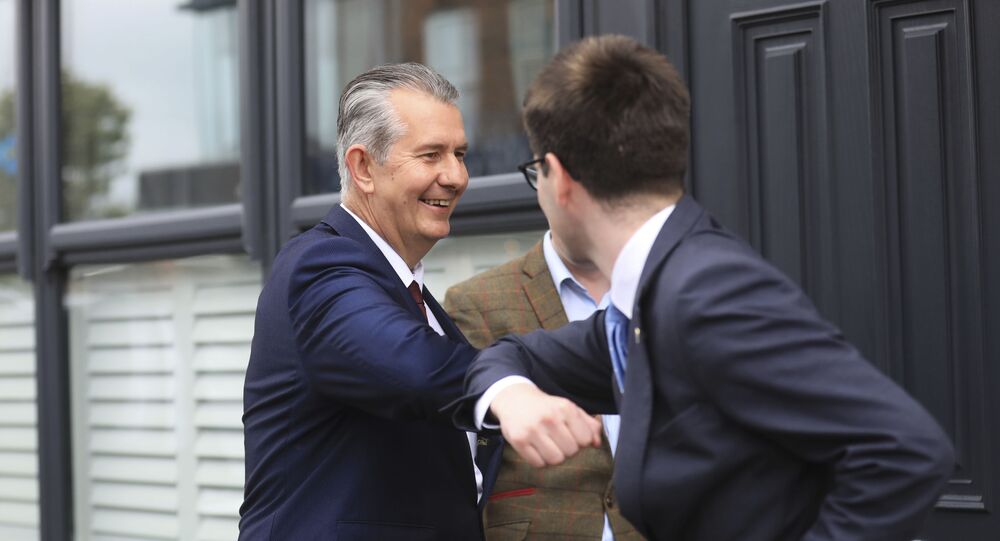 Arlene Foster is resigning as leader of the Democratic Unionist Party (DUP) and handing over to a new leader next month. She will also step down as Northern Ireland's First Minister at the end of June.

Northern Ireland's Democratic Unionist Party has chosen as its new leader Edwin Poots, a "young earth creationist" who rejects the theory of evolution and believes the world was made by God 6,000 years ago.

Poots, 55, has also taken an aggressive stance against the post-Brexit "protocol" for Northern Ireland, which has kept the province in the European customs union and single market for goods but created a “new border” in the Irish Sea.

Poots was chosen ahead of Jeffrey Donaldson by the 36 members of the DUP's electoral college - MPs and members of the Northern Ireland Assembly at Stormont.

The outcome of the online secret ballot was announced on Friday, 14 May.

​Poots will replace Arlene Foster, who has led the DUP since 2015.

Foster stepped down last month after more than half of the party’s MPs wrote a letter saying they no longer had confidence in her.

Edwin Poots, who is agriculture minister in the Belfast assembly, is expected to become the new First Minister in Northern Ireland.

If Donaldson had won the election he would have had to choose a member of the assembly to become First Minister.

Foster, 50, will stand down as party leader on 28 May and as First Minister at the end of June.