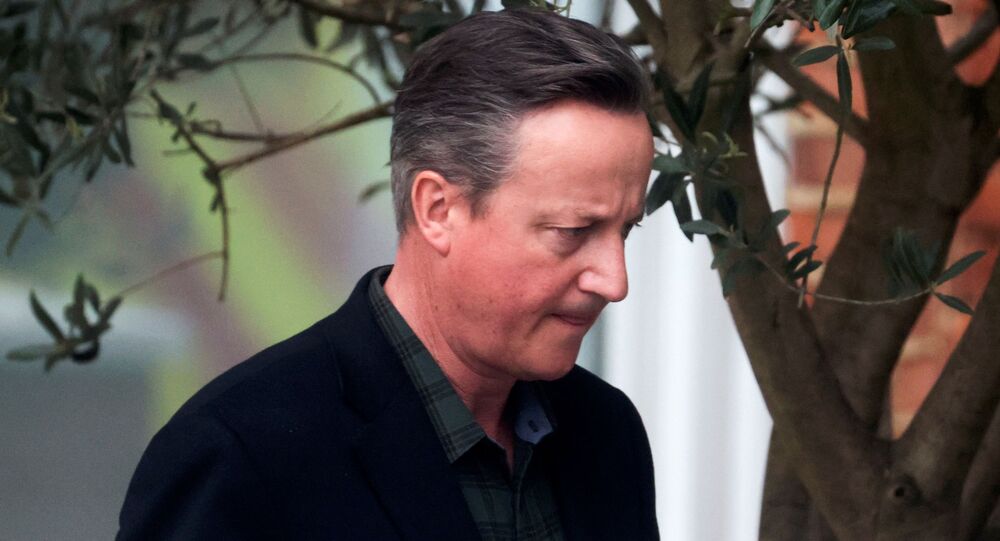 With former British Prime Minister David Cameron facing tough questions from the House of Commons Treasury Committee on Thursday, we take a look at the texts he sent minister and civil servants begging aid for his friend Lex Greensill's doomed finance company.

While it first emerged in March that Cameron had been sending inappropriate texts to Chancellor Rishi Sunak and his juniors, a fresh slew of cringeworthy messages came to light on Tuesday.

Cameron contacted Cabinet Office Minister Michael Gove and Vaccines Minister Nadhim Zahawi — who was then business minister, asking them to help get a government-backed COVID-19 pandemic emergency loan for Greensill Capital, of which he was an adviser and holder of share options worth up to £40 million.

"I know you are manically busy - and doing a great job, by the way (this is bloody hard and I think the team is coping extremely well)", read one text to Gove dated 3 April 2020. "But do you have a moment for a word? I am on this number and v free. All good wishes Dc".

The same day, Cameron texted Sunak begging a "very quick word" on the Treasury's refusal to give Greensill access to the COVID Corporate Financing Facility (CCFF). In subsequent messages, Cameron said he was "genuinely baffled" by the decision, calling it "bonkers", "nuts", and probably down to a "simple misunderstanding that I can explain".

After finally arranging to talk to Sunak, Cameron texted Gove to say: "Am now speaking to Rishi first thing tomorrow. If I am still stuck, can I call you then?"

Following his call with Sunak, Cameron texted Scholar with a last request for "one more high level chat" with him, claiming the chancellor had "agreed". But on 22 April he was back to texting Sunak with a wheedling plea to give the CCFF application "another nudge over the finish line".

© AFP 2021 / ADRIAN DENNIS
David Cameron, Lex Greensill, Rishi Sunak, Bank of England to Give Evidence in Lobbying Saga
Australian national Greensill served as an adviser to Cameron's government, but the former PM has claimed that he was not a "close member" of his team and that they met "twice at most" during his six years in Downing Street.

But Cameron admitted Greensill had worked on the supply chain finance scheme for NHS pharmacies his government adopted. The scheme was initially financed by Greensill's former employer Citigroup, but that role was was taken over by Greensill capital in July 2018, when Cameron's ally Theresa May was PM. In August of that year, Cameron joined Greensill as a part-time senior adviser.

“I am riding to the rescue with Supply Chain Finance with my friend Lex Greensill… See you with Rishi's for an elbow bump or foot tap. Love Dc", Cameron wrote to Scholar in March 2020 in one particularly cringeworthy message.

He followed up in April with a cry of: "Please do all you can to expedite this and not let us get stuck in the pending tray!"

Greensill was forced to deny MPs accusations that he was a "fraudster" who ran his company like a "Ponzi scheme" when he appeared before the Treasury Committee on Tuesday.

The Registrar of Consultant Lobbyists cleared Cameron in late March of breaking the lobbying rules his own government created to prevent such sleaze.