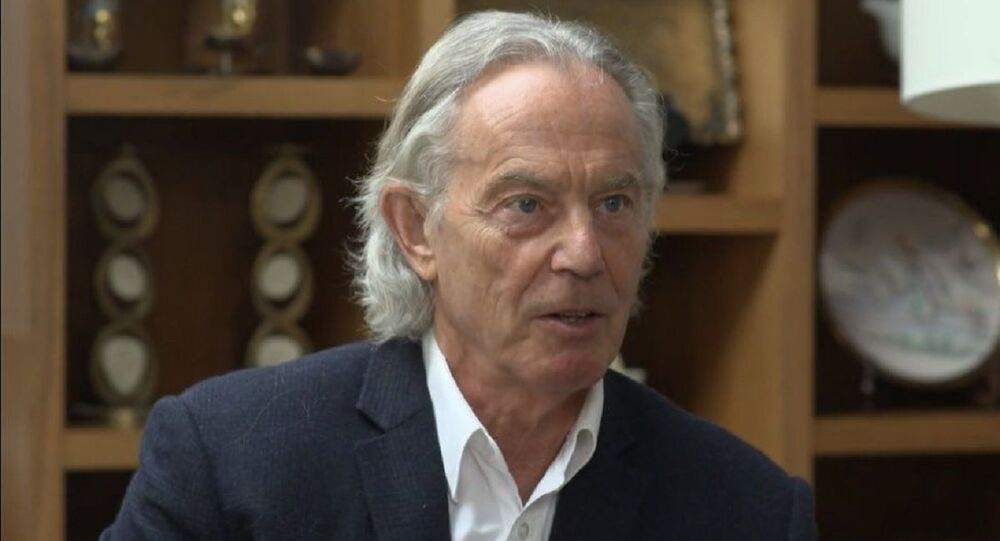 'It's Done, It's Over': Former UK Prime Minister Tony Blair Gets Rid of 'Gandalf Hair'

An interview appearance by Tony Blair in late April sure grabbed the attention of viewers, although hardly because of his ideas on Scottish independence. Rather, it was thanks to his unorthodox hairdo, which many thought was not unlike the hairstyle of a certain Lord of the Rings character.

Tony Blair has finally caved in to a social media frenzy over his hair and had it cut, admitting that his previous look, which earned him a comparison with the wizard Gandalf from The Lord of the Rings books, had come in the way of his work.

Appearing on Good Morning Britain with a brand new and much shorter "do", the former prime minister complained that he had been unable to take care of his mane because of the lockdown in the UK.

"Gandalf is better than some of the things I've been called. Look, it was lockdown. Anyway it's done. It's over. It took me some time to get organised", Blair told hosts Alastair Campbell and Susanna Reid.

His work for the Institute for Global Change, a foundation devoted to policies to help the world recover from the pandemic, became an unintended "victim" of his mullet.

"The thing that is interesting and depressing about politics is that my institute knows all about vaccines and Africa and the Middle East and all of that, literally when I said to my people so what have I received the most traffic about this last year? They said it's your hair", Blair lamented.

​The former prime minister's hair made a Twitter sensation in late April, when the politician gave an interview to ITV's Paul Brand on a potential Scottish independence referendum.

Social media users tried to outdo each other, comparing Blair not only to Gandalf, but also to Gollum from the same saga, as well as to the first incarnation of The Doctor from Doctor Who, a White Walker from Game of Thrones, and Doctor Brown from Back to the Future.