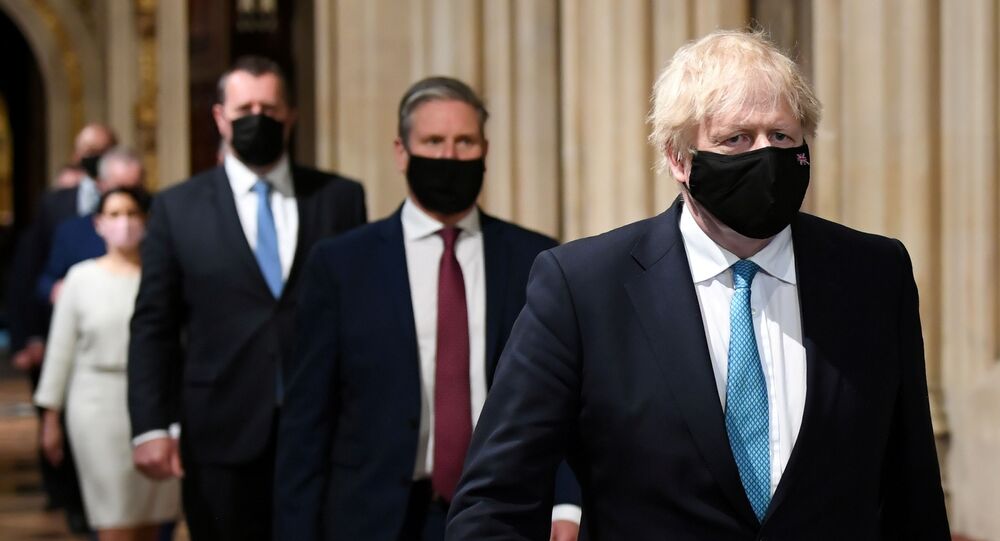 Opposition leader Keir Starmer made clear appeals to Labour's core voter base and affiliated trade unions with demands for strengthened workplace rights and a 'living wage', along with claiming plans to require photo ID when voting would discriminate against ethnic minorities.

In their first showdown since the May 6 elections that saw Labour suffer major setbacks across England, Starmer sought to score some much-need points against the PM — after 11 years in opposition for his party.

"The pandemic has brutally exposed the consequences of that decade of neglect," he claimed in his opening to the debate, charging that the agenda for the new session of Parliament was "packed with short term gimmicks and distant promises" and was merely "papering over the cracks".

Harking back to his left-wing predecessor Jeremy Corbyn's 2019 election manifesto, Starmer claimed if Labour was in government it would have launched a "game changing employment bill to end fire and rehire, to give proper rights to every worker from day one," along with a "proper living wage."

​The Election Integrity Bill "will make it harder for people to vote," Starmer claimed, and would "suppress turnout, disproportionately affect minorities and weaken democracy" — indicating that Labour would vote against it unlike many controversial bills in the last session of Parliament.

© REUTERS / POOL
Labour Leader Starmer's PPS Quits After Reports She Smeared Deputy Rayner
The Bill will introduce a requirement for voters to show photo ID, already in place in Northern Ireland — where residents can obtain a free electoral ID card or use a public transport photocard, rather than the more expensive options of a passport or driver's license.

And the opposition leader attacked the government's failure to include promised social care reforms in the Queen's Speech — while returning to his pre-election claims of corruption in Downing Street.

Johnson must "solve the social care crisis, clean up our politics, clean up the mess of the past decade", Starmer said, attempting to associate the pro-Brexit PM with his predecessors — the unpopular Theresa May and sleaze-tainted David Cameron.

​Johnson hit back that proposals for adult social care changes would be published later this year to ensure "dignity" in old age.

​And he said his government would build on the success of the coronavirus vaccination campaign to ensure "jabs, jabs, jabs becomes jobs, jobs, jobs".

​Parliamentary debate on the new legislative agenda is set to continue in to next week.