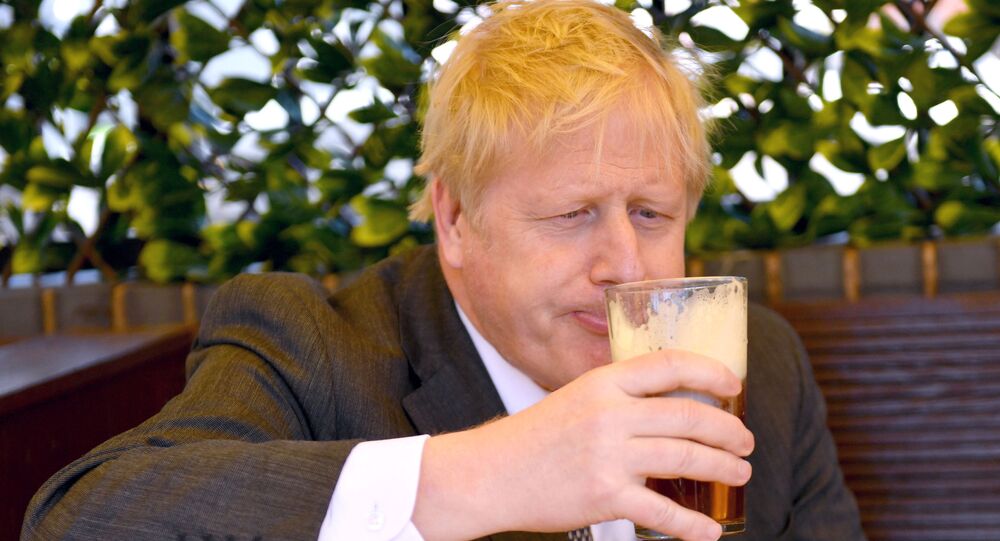 Under the UK government’s Step 3, from 17 May people in England will be allowed to meet up indoors for the first time in months. People will also be able to meet in groups of up to six people or two households in pubs and restaurants indoors.

British Prime Minister Boris Johnson has confirmed the next next step of lifting the COVID-19 lockdown can go ahead.

Speaking at a Downing Street press conference on Monday, PM said the government's "four tests" had been met and the third stage of emerging from pandemic restrictions will proceed on May 17 as planned.

"Your efforts have visibly paid off, giving us time to vaccinate two-thirds of adults across the country," Johnson said, thanking individuals and businesses for their patience after more than a year of on-off restrictions."

He also gave the green light to "cautious hugging" after months of strict lockdown measures which, along with the vaccination policy, have helped to drive down the number of COVID-19 cases and deaths in the UK.

"You should do it if you think its appropriate and if you think the risks are very low but you should exercise common sense," the PM said, leaving it up to individual's judgement.

But he warned against "throwing caution to the wind" and that contact was the main route of transmission for coronavirus, stressing that "outdoors is safer than indoors".

"I must ask you to continue following social distancing, whenever not with friends or family," Johnson cautioned, pointing to the recent upsurges in cases and deaths in other countries.

According to data from Johns Hopkins Hospital in the US, Britain has the fifth highest death toll in the world — 127,605 — but two-thirds of adults in the UK have had their first vaccination and one-third have had both doses.

Britain is recording around 2,000 new coronavirus cases a day, down from 70,000 in January and the number of deaths has also dropped sharply, with only two recorded on Sunday, 9 May, with just four more on Monday.

​Last week’s Conservative Party victory in the Hartlepool by-election and a string of council election across England has been attributed in large part to Mr Johnson and his government’s assured handling of the pandemic.

On Monday, 10 May, England’s alert level was lowered from 4 to 3, meaning transmission of the virus is no longer deemed to be high, but is still in general circulation.

But there are fears the resumption of indoor entertainment and exercise classes will lead to a “fourth wave” of rising cases.

© REUTERS / JESSICA TAYLOR
‘Live Local and Prosper’: BoJo to Channel Spock in Queen’s Speech Aimed at Northern Voters
​Every time lockdown restrictions have been eased there has been an upturn in cases, but the government are hoping May and June will be different because the high level of vaccination.

Because of devolution, Mr Johnson can only set health policy in England and it is up to the governments of Scotland, Wales and Northern Ireland to decide when to relax their own lockdown measures.

In February the Conservative government in London unveiled a four-step plan which began with a rigorous lockdown and on Monday, 17 May, restrictions will be lifted on dining and drinking indoors and also on cinemas and theatres.

The government has previously said: “By Step 4 which will take place no earlier than 21 June, the government hopes to be in a position to remove all legal limits on social contact.”