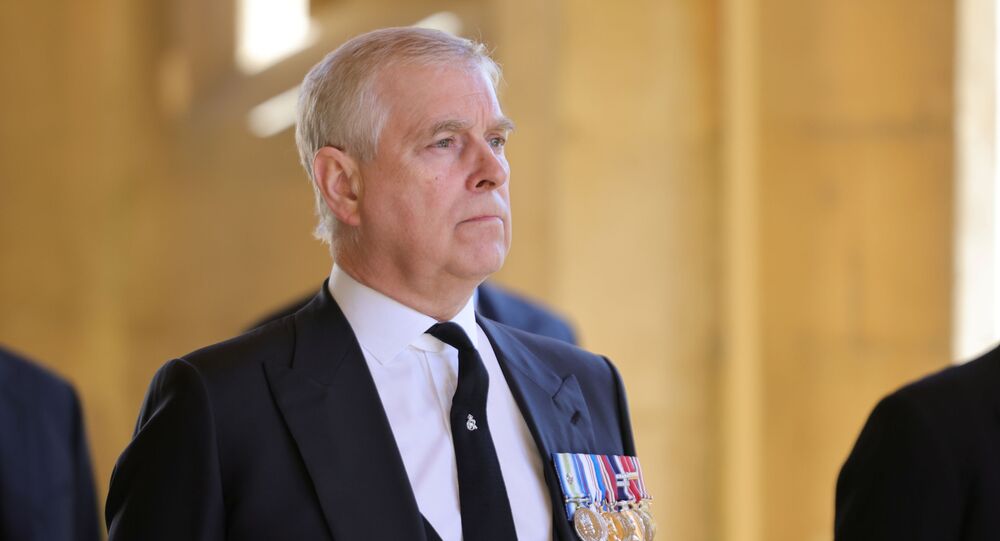 Queen Elizabeth's son Prince Andrew, the Duke of York, won't stand more scrutiny. The prince stepped down from his royal duties in November 2019 after it was revealed that he had links with discredited financier Jeffrey Epstein who was accused of sex trafficking young girls around the world.

Prince Andrew’s business partner Harry Keogh, who lost his job at the Queen’s bank Coutts in 2018 over sexual harassment claims, has “ceased” to be a part of the duke’s ventures, the register at Companies House shows.

Keogh, who was accused of making unwanted sexual advances towards his female colleagues, boasting about sexual "achievements" and making lewd comments, has been named as one of the primary controllers of Lincelles, along with Prince Andrew and commercial lawyer Charles Douglas.

The updated register shows that he was axed from the company the same day it was incorporated on 26 June 2020. The change was recorded on 5 May, just a week after the media reported Prince Andrew’s unfortunate connection.

According to a source said to be close to the Duke of York, “the latest paperwork filing is part of the preparation for the closing down of the entire structure, which is expected to be completed shortly.”

The Telegraph revealed on 27 April, that the “secretive” business, Lincelles - named after a battle in 1793 in which the English forces were commanded by the Duke of York, George III's second son - was established in summer 2020 as a trust fund for Prince Andrew’s family investments.

According to the magazine, the business venture was abandoned straight away after being deemed “not appropriate” by the Royal family.

“Lincelles Unlimited has never been operational, has not received any funds or paid any monies out,” Prince Andrew’s spokesman said at the end of April.

But it’s not the company itself that has resulted in the embattled prince coming under new scrutiny but his business relationship with Keogh, who was described as his “private banker", as well as "friend and adviser’"

Keogh was also spotted as a guest at the wedding of Prince Andrew’s daughter Princess Eugenie and Jack Brooksbank in 2018 - long after the bank had opened its internal review into “sex pest” claims, which it had in 2015.

The Daily Mail notes, however, that the man could have signed a non-disclosure agreement preventing him from speaking about the allegations.

Despite being sacked from the bank, a source previously told the Telegraph that Keogh has not been subjected to any criminal investigation or tested in a court.

Prince Andrew’s links and friendships have come under increased investigation now, after claims surfaced that he had slept with Jeffrey Epstein’s underage “sex slave” Virginia Roberts Giuffre. The girl alleges she was flown to the UK by Epstein to have sex with the prince when she was only 17.

The Duke of York vehemently denied these accusations in his BBC interview which aired in November 2019, a few month after Epstein killed himself in his prison cell. During the interview, the prince denied ever meeting Roberts Giuffre and suggested that a photo which purportedly shows them together had been doctored.

The clamour around Prince Andrew’s ill-fated friendship with the convicted sexual offender Epstein prompted him to step down from his senior royal duties shortly after the interview was aired.