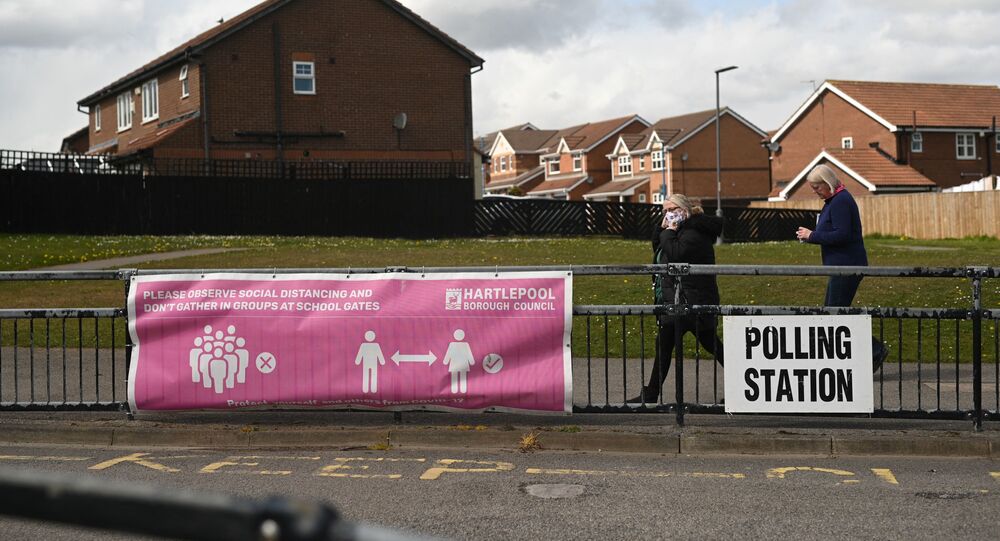 LONDON (Sputnik) – Wearing the mandatory face mask because of the COVID-19 pandemic, millions of people are heading to polling stations in England, Scotland and Wales to elect their local authorities in the largest elections in 50 years.

“I´m here to exercise my civil right to vote,” a man who identified himself as Andrew said as he was about to enter a polling station set up inside a community centre in East London.

As thousands of others polling stations across the UK, excluding Northern Ireland where no elections are held this time, the one located in East London, where people were voting to elect the mayor of London and 25 members of the capital city’s assembly, opened at 07:00 BST (06:00 GMT) and will close at 22:00 BST (21:00 GMT).

Overall, around 5,000 English local election seats, 129 seats in the Scottish Parliament, 60 seats in the Welsh Parliament, 39 Police and Crime Commissioners, 13 directly-elected mayors, 25 seats in the London Assembly and 1 seat in the UK Parliament are at stake during the “Super Thursday,” as the media has dubbed the election day.

© AFP 2021 / OLI SCARFF
Voters queue outside a polling station set up at a fire station in Hartlepool, County Durham on May 6, 2021, as voters cast their ballots in local elections.

However, all eyes are on Scotland and Hartlepool, although for different reasons. In Scotland, the almost certain possibility of the Scottish National Party winning the majority of seats in the local Parliament would pave the way for independentists there to push for a new independence referendum, despite London’s opposition.

Hartlepool, a northern English town where people were voting for their new representative in the UK’s House of Commons, has become a focal point because the ruling Conservative Party is hoping to snatch a traditional stronghold of the Labour Party from the hands of opposition leader Keir Starmer, who has been fighting for every vote and already advanced that he will take full responsibility for the election results.

Due to coronavirus restrictions, most of the vote-counting will not begin until Friday, while the outcome of the Scottish Parliament elections is expected on Saturday.