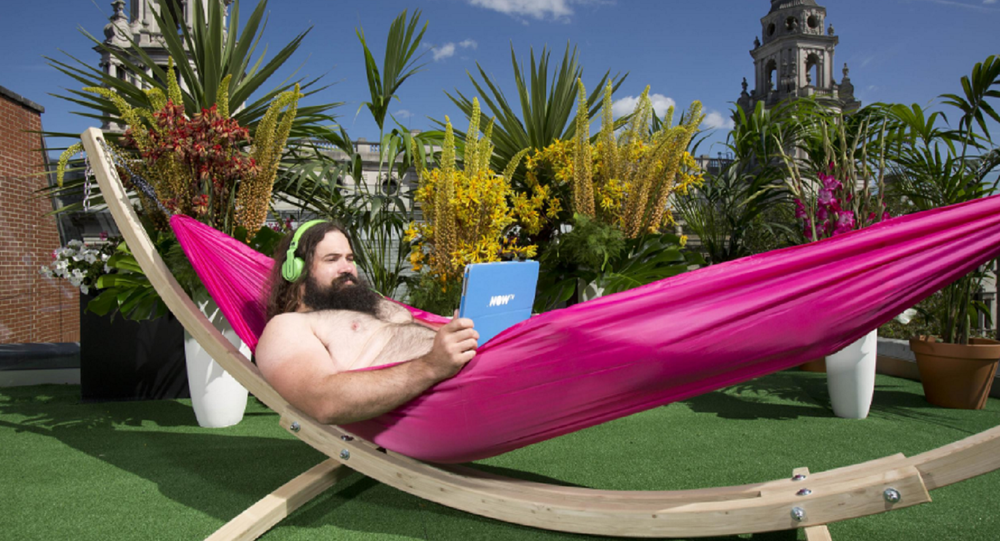 The news comes a day before voters in the United Kingdom cast their ballots on so-called Super Thursday, during which different types of elections are set to take place. In Wales and Scotland, constituents will choose members of their local parliaments, while in England voters will elect mayors as well as police and crime commissioners.

A fake political party in Britain has promised to unleash a "naked revolution" in a Welsh city, the Daily Mail reported. According to the newspaper, residents of Newport discovered leaflets of "Welsh Nude and Proud Party" (WNAP) in their mailboxes. Its political manifesto called for "less restrictions", "a more natural Wales", and promised voters to "renude Newport centre".

​According to the leaflet, the party’s promises are about more than simply being naked. It pledged to tackle crime, claiming "statistics have shown" that naked people are almost 90 times less likely to be mugged, and improve the environment. In particular, the party supports the Clean Air Act, proposed by Labour, which the Welsh Nude and Proud Party argues will make everyone "feel better hanging out in the fresh air".

WNAP’s candidate Dennis Smith claimed on social media that the party is real; however, the website address mentioned in his bio doesn’t work.

Wow thank you Sam! Unfortunately these things are happening because we wanted to be a little tongue in cheek (excuse the pun). We are 100% real and almost always 100% nude except for in open public spaces. Changing the world and addressing stigmas and creating freedom in Newport.

​In another post, Dennis Smith revealed that the party won’t be on the ballot during Thursday’s elections.

Pictures of leaflets posted online triggered a torrent of comments, with some users saying they would have voted for the party.

As a former resident of Newport West (Malpas/Crindau) I fully support their policies regarding electric buses and wipe down seats! 🚎🚌💺😇🖖

Shame this party is not standing in other constituencies. Hope they have remembered to apply plenty of factor 50, though.

​Some even wondered what WNAP’s policy on the coronavirus will be and how MPs will look on stage.

What's his stance on masks?

Can’t wait to see them on stage after the count announcing who won! Where will he pin his rosette hahaha

​Other netizens seemed unimpressed by the party’s campaign pledges.

I'm sorry but if anyone naked comes canvassing in Newport East I'm getting the garden shears out. Not having any dangly bits in my garden. ✂️🌷🌷🌷

​Nudism is legal in the United Kingdom and the country’s laws on sexual offences allow individuals to practice it, provided that they don’t intend to cause "alarm and distress". Last year, a UK nudist organisation reported a 100 percent increase in new members after the coronavirus pandemic began.