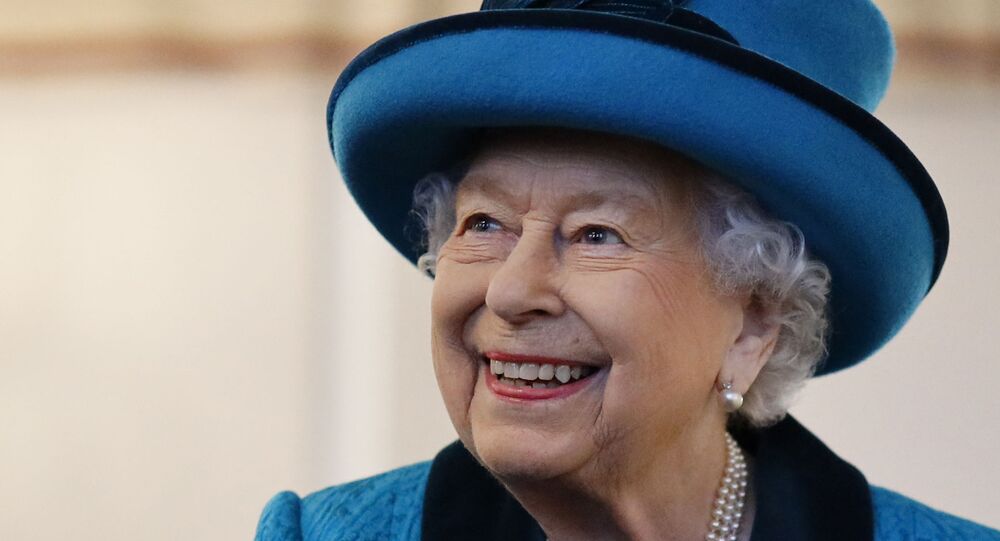 Last month, violence in Northern Ireland erupted amid growing dissatisfaction among unionists with checks and restrictions imposed by the Brexit agreement in the Irish Sea and Belfast's failure to punish opposition Sinn Fein politicians for attending a mass funeral in violation of COVID restrictions.

Britain's Queen Elizabeth II sent her "warmest good wishes to the people of Northern Ireland" in an address to mark "a significant centenary" of the country's creation on Monday.

She recalled that "a century ago, the Government of Ireland Act came into effect", an anniversary that "reminds us of our complex history, and provides an opportunity to reflect on our togetherness and our diversity".

The creation of Northern Ireland dates back to 3 May 1921, when the government act came into force, partitioning the island of Ireland into two separate entities, something that was accompanied by violence both in defence of and against the partition.

According to the Queen, today there is "a rich mix of identities, backgrounds, and aspirations" as well as "an outward-looking and optimistic mindset" in Northern Ireland, where political progress and the peace process "is rightly credited to a generation of leaders who had the vision and courage to put reconciliation before division".

Elizabeth II stressed that first and foremost, durable peace is "a credit" to the people of Northern Ireland, "upon whose shoulders the future rests".

The Queen underscored that "reconciliation, equality, and mutual understanding cannot be taken for granted, and will require sustained fortitude and commitment". She referred to her many visits to Northern Ireland, during which she has seen "these qualities in abundance", prompting her "to look forward to seeing them again on future occasions".

"I also wish to recognise the important contribution made by our friends and closest neighbours towards the success of Northern Ireland. I look back with fondness on the visit [late] Prince Philip and I paid to Ireland, 10 years ago this month. I treasure my many memories, and the spirit of goodwill I saw at first hand", Elizabeth II noted.

She praised the people of Northern Ireland for "choosing to build an inclusive, prosperous, and hopeful society, strengthened by the gains of the peace process".

The remarks come after last month saw violence erupt in Northern Ireland, where members of the unionist community, who wish for Northern Ireland to remain part of the UK, hurled stones, fireworks, and petrol bombs at police officers during sporadic clashes.

The UK government's Secretary of State for Northern Ireland, Brandon Lewis, told the House of Commons in mid-April that at least 88 police officers were injured in the clashes, and that 18 people had been arrested.

"The violence witnessed last week is totally unacceptable. Attacks on police officers are utterly reprehensible. Those engaged in this destruction and disorder do not represent the people of Northern Ireland", Lewis pointed out.

The unrest started after the Northern Ireland prosecutor's office refused to charge members of the republican party Sinn Fein, who under coronavirus restrictions attended the funeral of former member of the Provisional Irish Republican Army (IRA) Bobby Storey, who fought for separation from the UK.

© AP Photo / Peter Morrison
Britain Reportedly Contemplating Dublin's Help in Tackling Northern Ireland's Spike in Violence
The unrest turned into violent protests as unionists were dismayed by the terms of the Northern Ireland protocol, a section of the Brexit deal reached between London and Brussels in late 2020, envisaging that there would be no hard border on the island of Ireland in the post-Brexit era.

Unionists have repeatedly expressed dissatisfaction with the trade deal rules stipulating that animal and food products entering Northern Ireland from the rest of the UK must undergo checks upon arrival to ensure compliance with EU regulations. Since the agreement came into force, some supermarkets in Northern Ireland have suffered food shortages.

What Is Going On In Northern Ireland And Is It In Danger Of Slipping Back Into The Troubles?