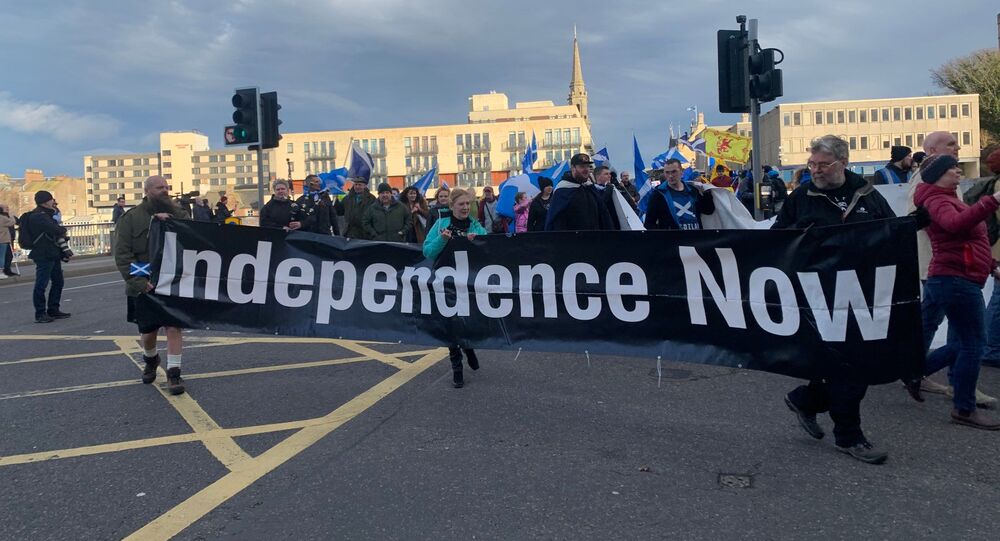 In the past, the think tank published texts criticising the 2015 Iran nuclear deal and its alleged impact on Tehran's missile programme and purported engagement in malign activities.

Iran-affiliated cyber specialists have attempted to sway the results of the upcoming general election in Scotland in favour of the Scottish National Party (SNP) in order to facilitate separatism in this part of the United Kingdom, The Times reported citing an investigation by the UK-based think tank Henry Jackson Society (HJS). HJS reportedly claims that these actions were "almost certainly" (a step up from Britain's favourite "highly likely") directed at disrupting "current elections" and undermining the UK's political system.

"Iran has shown itself to be a country which engages in Russian-style disinformation campaigns, repeatedly establishing fake websites and internet accounts in an effort to disrupt the political systems of liberal democracies", the think tank reportedly wrote.

HJS reportedly alleges to have found signs of attempts by unidentified cyber actors to target voters in Scotland, sympathetic to the region's independence from the rest of the UK, via Facebook and Twitter. The "fake accounts" of these cyber actors purportedly encouraged Scottish residents to post "pro-separatist material, graphics, memes and cartoons" instead of publishing content themselves.

The Times does not elaborate on how HJS managed to link the said "fake accounts" to Iran in its investigation, which was not available on the society's website at the time of publication. The cited report by the think tank only claims that Tehran used "agents acting on [its] behalf" in order to distance itself from the alleged meddling attempts and avoid retribution.

The reported investigation claims Iran seeks to sow chaos and division to weaken "adversaries" via this kind of alleged meddling. The author of the document, Dr Paul Stott reportedly argued that Iran's cyber capabilities have grown beyond what is expected of a "third tier" state.

"Iran has become increasingly sophisticated in both the scope and choice of its target", Stott reportedly said of Iran's cyber capabilities.

HJS' reported investigation comes amid promises by Facebook and Twitter executives that their companies have boosted efforts at detecting and banning "fake accounts" purportedly used in swaying public opinion and disseminating misleading information. Social media platforms have been under a lot of pressure on this issue lately largely due to allegations by several western governments, including the US and the UK, about foreign election meddling, as well as due to the rampant spread of misinformation about COVID-19 and vaccines against it.

The UK blamed Russia for purportedly interfering in the last Scottish independence referendum in 2014, allegedly using social media among other things to sway people in favour of separating from the United Kingdom. However, 55% of Scottish voters did not support the idea of independence that year. Russia, in turn, strongly denied the findings of the report, which also largely targeted the Conservative Party for its alleged inaction on the issue of purported meddling. The Kremlin pointed out that like many similar allegations against Moscow these claims lack solid evidence to back them up, and instead only refer to assumptions usually worded as: "Russia is highly likely" behind this.