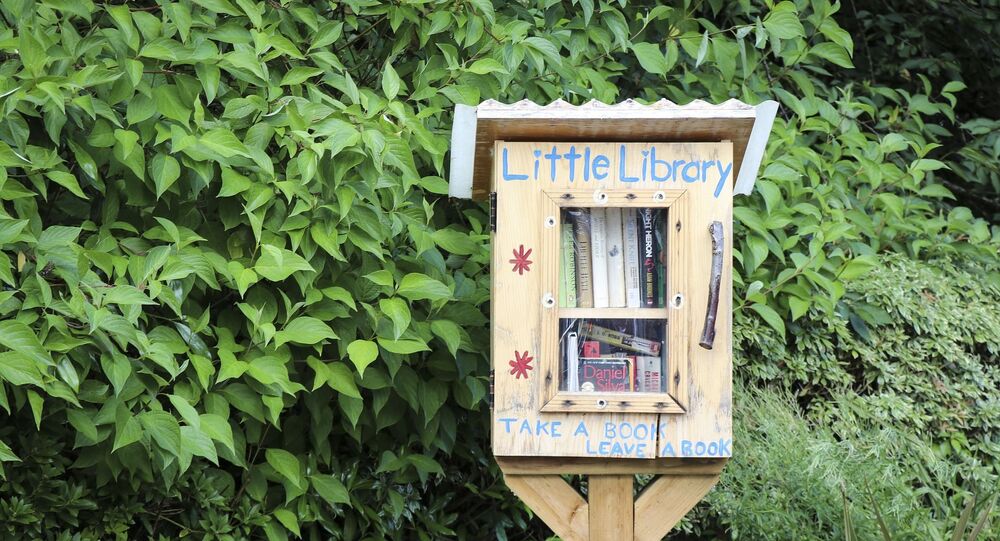 Free library boxes, where people exchange books, can be found all across Britain, with many communities building their own or renovating phone booths or dog kennels for the purpose. Liz Thorpe, 57, who decorated one such box, said she believed it contained ordinary paperbacks, unlikely to cause have caused offence.

Tensions are running high in Cornholme, England after someone put several "pornographic" books in a library box. The incident prompted an angry response from one local resident who left a note, in which he or she took a dig at a nearby village.

"If this filth is to your liking may we suggest that you move to the cesspit that is Hebden Bridge", said the note.

​The image of the angry response has since gone viral and so far has been shared 15,000 times on Twitter. Many netizens rushed to defend Hebden Bridge.

Had no idea Hebden Bridge was such a depraved place. Well, I was thinking of moving out of London...

The time has come where we must all choose our side - Hebden Bridge or Cornholme. #HebdenBridge I stand with you

​Others were wondering what the saucy books were that left one resident of Cornholme so insulted and tried to figure out the identity of the incensed person.

I can't be the only one curious about the nature of the pornographic literature being left. Catcher In The Rye? 50 Shades? Jackie Collins? Razzle? That's the real question here...

do you really think it's a 'she'? I'm getting angry man vibe. I'd love to know now lol

​Many users contended that other villages are far better candidates for the title of "cesspit".

Hebden Bridge? I wouldve thought the nearby towns of Lumbutts or Mankinholes would be more appropriate. pic.twitter.com/pIH9Xh9GDO

As a Hebden Bridge councillor I’d like to thank the people of Cornholme for help with our marketing campaign.

Please check out our local independent shops! If the Cess gets too much we have a soap shop! Cornholmes also lovely, what it lacks in Cess it makes up for in nice pubs pic.twitter.com/3kcdjtscpZ

​…while residents of Hebden Bridge came up with a reply.

​Liz Thorpe, who decorated the box, said she found the note quite offensive and noted that people's perception of what is "pornographic can vary enormously".

"I don't know why, if they found something they deemed inappropriate, they didn't just take it away. There's no need to put that notice on there", she said.