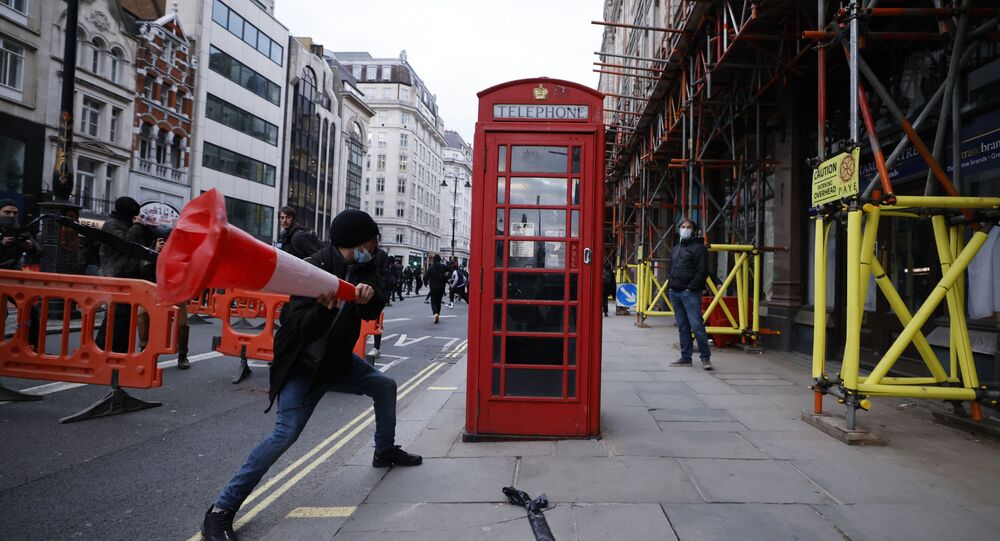 The first ‘Kill the Bill’ rally took place in Bristol on 21 March with some 3,000 demonstrators. The march gave way to violent clashes, with protesters throwing bottles and rocks at officers.

Activists gather at London's Trafalgar Square to take part in the latest round of 'Kill the Bill' protests.

The Police, Crime, Sentencing and Courts Bill envisions increasing police powers to crack down on protests, tackle unauthorised encampments such as the ones set up by climate activists in the past, and prevent the release of sexual and violent criminals once they have served half of their sentences. It will also seek to modernise courts and tribunals by updating existing court processes to provide better services for all court users and underpin open justice.

The spring protests were fuelled by the tragic murder of Sarah Everard, 33, who was abducted as she walked home from a friend’s house in south London on 3 March, allegedly by Wayne Couzens, 48, a London police officer.