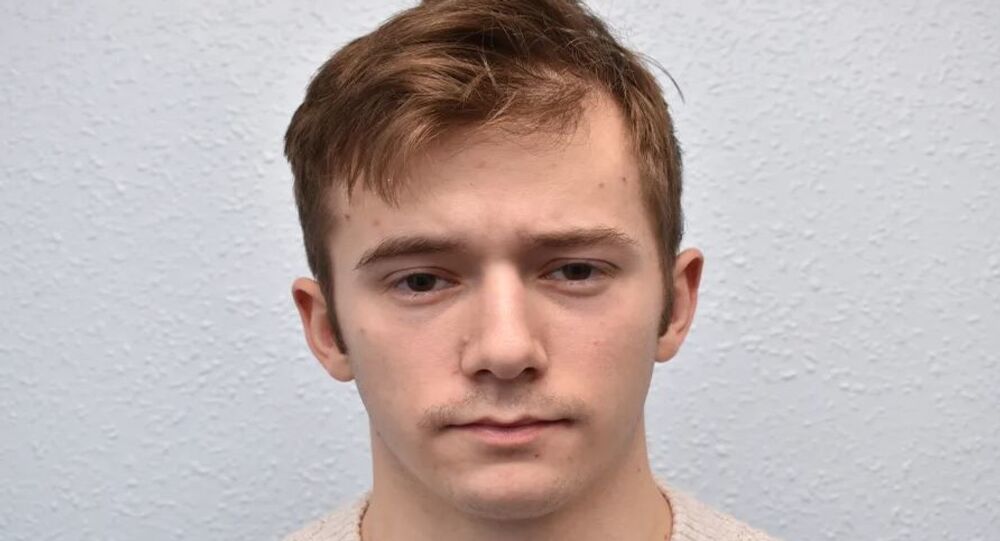 What Was Iron March Database and Why Did It Lead to Unmasking of UK Police Officer as Extremist?

Benjamin Hannam has been convicted of being part of National Action between 17 December 2016 and 1 January 2018, contrary to section 11 of the Terrorism Act 2000. Hannam joined the Metropolitan Police in March 2018 and failed to disclose his membership of the right-wing group.

A former police officer has been jailed for four years and four months after being convicted of membership of the right-wing National Action terrorist group.

Ben Hannam, 22, was also convicted of lying on police application and vetting forms about his membership to the group as well as possessing an indecent image of a child.

Judge Anthony Leonard QC said some of the anti-Semitic material found in Hannam's possession was "horrible and deeply troubling."

National Action was outlawed under terrorism legislation in December 2016 and in 2018 one of the group’s members, Jack Renshaw, was jailed for plotting to murder Labour MP Rosie Cooper with a machete.

But Hannam - who was fired by Scotland Yard earlier this month - could have still been working for the police if it were not for an anonymous hacker who gained access to the so-called Iron March database.

At a recent press briefing Commander Richard Smith, head of the counter-terrorism unit, effectively admitted Hannam had sailed through the police vetting procedure and was only identified when his name emerged on the Iron March database.

Cmdr Smith said Hannam first came to their attention in February 2020, four months after the Iron March database had been leaked on the internet.

In November 2019 the entire SQL database from the white supremacist message board was posted onto the Internet Archive by a user known only as “antifa-data.”

The Met’s counter-terrorism unit soon began excavating the database for information about links to the UK and found an individual calling himself Anglisc, who was traced back to Hannam's computer.

© Photo : Metropolitan Police
Benjamin Hannam drew a "Hitler moustache" on a photo of himself in a Nazi uniform

Iron March was associated with the US neo-Nazi group Atomwaffen Division, which has been linked to five murders in America.

Earlier this month the Home Secretary Priti Patel proscribed the Atomwaffen Division and listed the National Socialist Order as its alias.

Home Secretary Priti Patel said: "Vile and racist white supremacist groups like this exist to spread hate, sow division and advocate the use of violence to further their sick ideologies. I will do all I can to protect young and vulnerable people from being radicalised which is why I am taking action to proscribe this dangerous group."

It emerged during his trial Hannam had accessed a manifesto written by Anders Breivik, the Norwegian white supremacist who murdered 77 people in a series of attacks in 2011.

Ben Hannam, recently sacked from the Met Police, is being sentenced this morning at the Old Bailey for neo-Nazi terror offences, fraud, and possessing prohibited images of children.

We are hearing details of the images offence for the first time today (upsetting info below) pic.twitter.com/ZrKBXYrDwg

​Hannam's trial at the Old Bailey heard he had joined a boxing camp with other National Action sympathisers and, after the group was banned, he took part in an organised graffiti day where he spray-painted the logo of NS131 (National Socialist Anti-Capitalist Action) on a wall.

NS131 was itself proscribed by the British government in 2017.

Prior to joining the police Hannam had attended the National Action conference in Liverpool and posed on a beach in nearby Crosby with other NA members.

The trial also heard that when he was at school Hannam submitted a piece of homework which was so anti-Muslim that the teacher refused to mark it.

In 2014 Hannam wrote on Skype: "I'm not a racist. I just don't like people whose skin is darker than mine."

Hannam applied to join the police in July 2017 and on his application form he denied ever being a member of the "British National Party or similar organisations with racist ideologies."

Cmdr Smith said: "If he had answered truthfully he would never have been accepted."