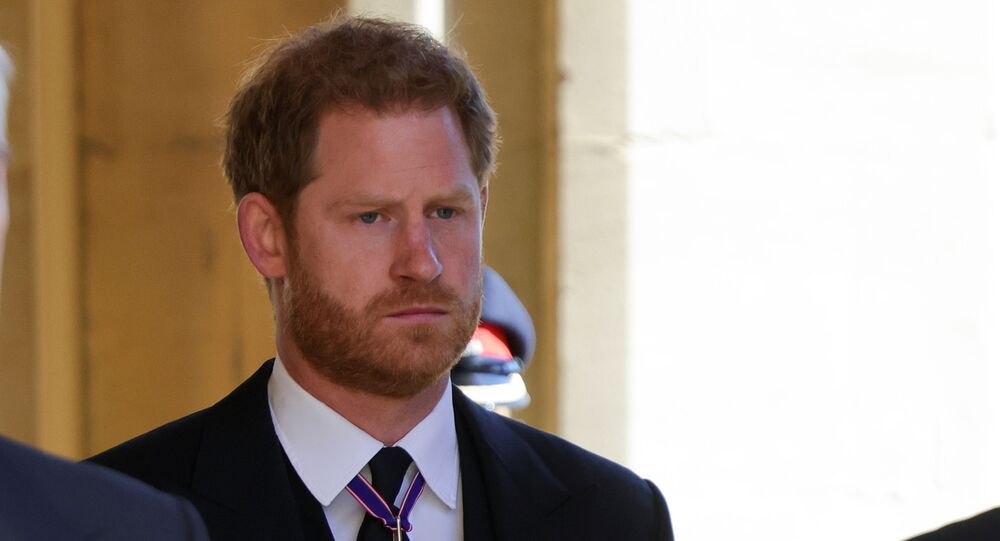 The Duke of Sussex made a homecoming trip to attend the funeral of his grandfather Prince Philip on 17 April but has now reportedly been back to the US to reunite with pregnant wife Meghan and son Archie. According to a writer of his biography, Duncan Larcombe, this short visit has only reminded him about the things he lost…

In the interview with the American queen of chat, the Duke and Duchess of Sussex made a number of scandalous claims, including that Meghan Markle was denied help from palace aides when feeling suicidal during her first pregnancy or that one unnamed senior royal had expressed “concerns” about the skin tone of her yet-unborn son Archie.

Prince Harry also directly attacked his father Prince Charles, who apparently cut him off financially following Megxit, and brother Prince William, saying that the two were “trapped” within the system of the royal institution.

These claims have reportedly left the royal family “reeling” and the two future kings “outraged”.

But Larcombe, the author of ‘Prince Harry: The Inside Story’, believes that Prince Charles’ younger son really regrets his words now.

“Harry was clearly hurt and angry about Meghan’s experience with the royals — and used the interview to get it out”, Larcombe told Closer magazine.

“But after returning home, I’ve no doubt he’s been feeling embarrassed, regretful and awkward,” the writer said, referring to the prince’s trip to the UK earlier this month to attend Prince Philip’s funeral.

“He’s now facing the consequences. I believe he’ll regret that interview — and maybe his decision to leave the royal family.”

According to Larcombe, the brief visit home, most of which Prince Harry spent quarantining at Frogmore Cottage, has “reminded him of everything he’s sacrificed in recent years and of the recent damage done”.

Following the funeral service, Prince Harry and his brother William were seen chatting and walking together for a bit, but the reports suggest that things are still not really good between the two.

“You could see in his face at the funeral that he was torn,” Larcombe added, suggesting that Prince Harry was “feeling numb” when he had to go back to the US, just a day before his grandmother the Queen turned 95 years old.

Prince Harry’s car was spotted at the Los Angeles airport’s private terminal on 20 April and then heading to his and Meghan’s mansion in Montecito. The duke is now set to quarantine following the overseas trip.

“He didn’t think he’d have to face his family so soon – and when he did, he had mixed emotions,” Larcombe goes on. “Apparently, talks with his dad and William were positive and productive – he and William had a real heart-to-heart before he returned.”

This comes in contrast to earlier reports that no “meaningful” conversations have taken place between the senior royals to address the interview backlash over fears of “leaks” from the Sussexes side.

According to another royal author, Ingrid Seward, the Duke of Sussex was really missing his heavily pregnant wife and son when in the UK and was longing to go back to his little family “as soon as the funeral was over”.

© AP Photo / Frank Augstein
Prince Harry is Expecting an 'Apology' From Royal Fam Over Treatment of Meghan, Insider Claims
But Larcombe doesn’t share this mood – he believes that the prince is in a “lose-lose situation” now, despite making some lucrative money deals with streaming giants Netflix and Spotify, and even getting a paid job with BetterUp, a wellbeing and mental health company.

“I can’t see how Harry can live this new life and keep things harmonious with his family,” Larcombe suggests.  “I just don’t think that Harry will be able to live harmoniously as a part of these two worlds – the royals and the LA showbiz world. He’s in for a very difficult ride. There could be tough times ahead.”