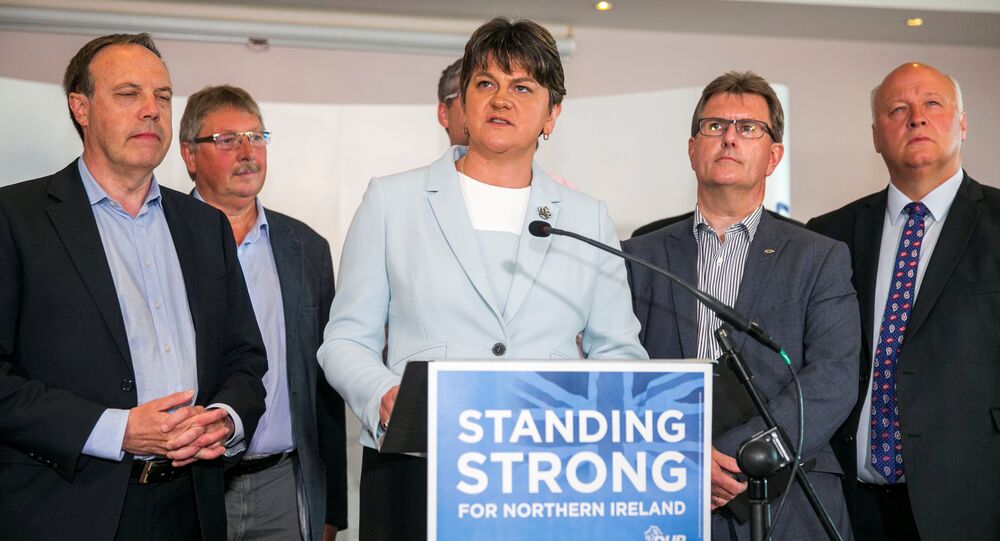 As she announced her exit from the political stage, Foster said that her election as the DUP leader "broke a glass ceiling" and inspired other women to pursue a political career.

Foster assumed office in December 2015 and had since led the Northern Ireland unionists during Britain's referendum on the membership of the European Union and the party coalition with the ruling Tory government in Westminster after the 2017 election.

"The 2016 Assembly election result and our Party’s best ever Westminster result in 2017 stand out amongst the high points when the electorate sent a clear message that they wanted to keep Northern Ireland moving forward," Foster said in her resignation statement.

​"The Confidence and Supply Agreement was able to bring one billion pounds of extra spending for everyone in Northern Ireland. Our priorities were not narrow but based on more investment in mental health and hospitals, bringing broadband to rural communities, improving our roads and ensuring funding to encourage more shared housing and education," she added.

Foster comes from a more pragmatic wing of the DUP but Foster has found herself fighting against the calls of no confidence in her leadership, as well as calls for her resignation.

Foster has faced criticism by those who don’t believe she pushed back hard enough on the issue of a Brexit border in the Irish Sea. On the other hand, she was also seen to have compromised too far on the thorny issues of same sex marriage and abortion.

In her statement on Wednesday, Foster said that she sought to lead the DUP and Northern Ireland "away from division and towards a better path."

Since the end of March, Northern Ireland witnessed social unrest and violence on the streets, with unionists linking it to public dissatisfaction with the UK-EU Brexit deal.

The deal saw a new trading border introduced as a result of the Northern Ireland Protocol, which provided for NI to stay in the EU Single Market for goods. Many unionists saw the development threaten Northern Ireland's position and belonging withing the United Kingdom.

"The future of unionism and Northern Ireland will not be found in division, it will only be found in sharing this place we all are privileged to call home," Foster said as she finished her resignation statement.