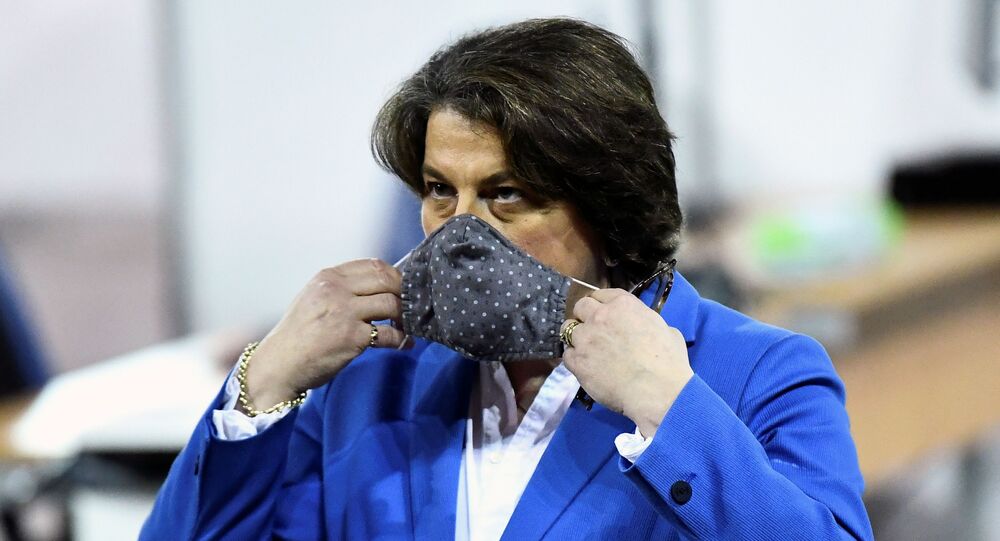 Senior Democratic Unionist Party officials are said to angry at First Minister Arlene Foster's decision to abstain on a Northern Ireland Assembly motion against gay conversion therapy, which most of her party opposed.

The signatories to the letter are reported to include 21 of the DUP's 27 members of the Northern Ireland Assembly, four of its eight Westminster MPs and one peer.

A party source told the News Letter that the unionist movement was “crying out for leadership” and the DUP needed a “clear direction” after recent breaks with party policy.

Party members are said to be angry after Foster and four other MLAs — including two of her ministers — had failed to oppose a recent motion in the assembly opposing gay conversion therapy, abstaining as other party members voted against it.

Another bone of contention was economy minister Diane Dodds' presence at a recent north-south ministerial meeting with the Republic of Ireland government, after pledges to boycott the events amid the dispute over the imposition of a customs border with the British mainland under the European Union (EU) Withdrawal Agreement. The issue has sparked unrest and rioting in Belfast and other cities.

“The party is jettisoning the principles on which it was founded” one senior DUP politican said, adding: “This is not just a flash in the pan. People are very, very annoyed about it. It’s a step too far.”

But another party source said the conversion therapy motion was just a “a small, small part” of the party's problem with Foster, adding that some party officials had been jeered at protests against the EU-UK Northern Ireland Protocol.

“DUP members will not be able to walk with their lodges this year,” he said. “Gone are the days of kick the pope – it’ll be kick the DUP this year.”

Foster herself denied reports that as many as half of the DUP's constituency associations wanted her out.

"Stories on leadership come up from time to time, and it’s one of those times," she told the British Press Association. "So we’ll just deal with it and move on because I’ve bigger things to do, including getting us through this COVID pandemic, including listening to the concerns of working-class communities."