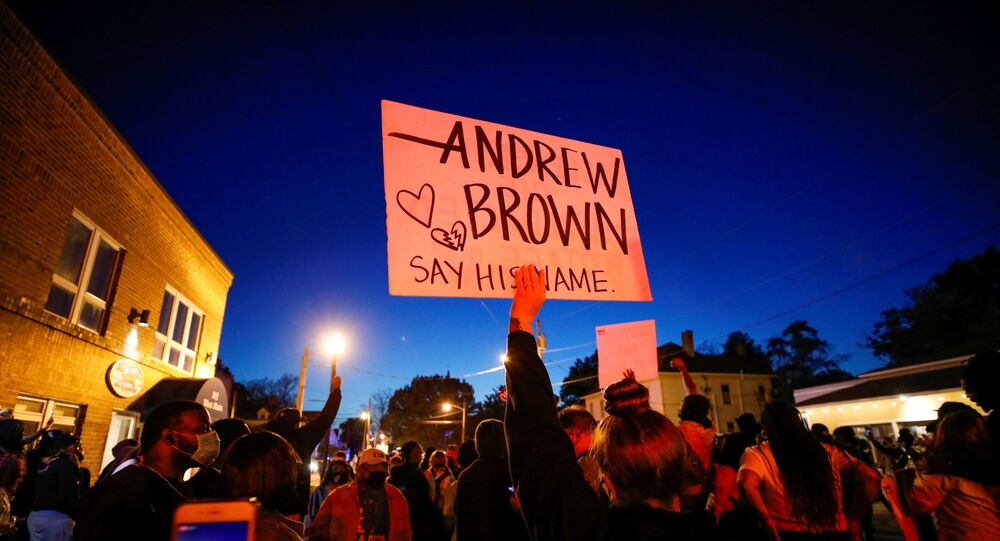 Andrew Brown Was Murdered With 'Kill Shot to Back of Head', Autopsy Reveals

Police shot North Carolina resident Andrew Brown Jr on Wednesday while acting on warrants - as well as two arrest warrants on drug-related charges, including possession with intent to sell cocaine.

The FBI has opened a probe into the killling of African-American man Andrew Brown Jr. last Wednesday, its statement reads.

Attorneys for the family of Andrew Brown Jr. said that autopsy results showed that North Carolina sheriff's deputies shot the 42-year-old in the back of the head as they were serving a warrant.

"What our preliminary autopsy report shows is there were five penetrating bullet wounds to the body of Andrew Brown Jr.," family attorney Wayne Kendall said Tuesday.

Earlier, they said that Brown Jr's family had been shown 20 seconds of body-camera video that appeared to show him with his hands on the steering wheel of his car before being shot down. After watching this, Brown's son exclaimed that the shooting in Elizabeth City had been an execution.

"My dad got executed just by trying to save his own life," Khalil Ferebee told reporters during a Monday press conference.

The family admitted that Brown did try to drive away, but they pointed out that he had been targeted even before he attempted his escape. Shell casings could be seen flying in the video before his vehicle moved, attorney Chantel Cherry-Lassiter alleged.

He went on to say that at least seven officers were present at the scene.

The family's legal team urged authorities to make footage from other body cameras and from police dashboard cameras public. Yet, video from the incident hasn't yet been released, despite multiple calls to do so from the public and some local officials.

Sheriff Tommy Wooten II weighed in, saying the incident "was quick and over in less than 30 seconds," adding that "body cameras are shaky and sometimes hard to decipher."

Last Wednesday, Wooten's deputies - in the process of carrying out a drug search at Brown's home and in possession of arrest warrants - fatally shot Andrew Brown Jr. The incident sparked a wave of protests in the area causing Elizabeth City Mayor, Bettie Parker, to declare a state of emergency.

The police said that Brown Jr had a history of drug-related convictions and of resisting arrest, which is why they opened fire. Since the shooting, seven sheriff's deputies have been put on administrative leave.

US Police Say 5 People Injured in Shooting in New Orleans