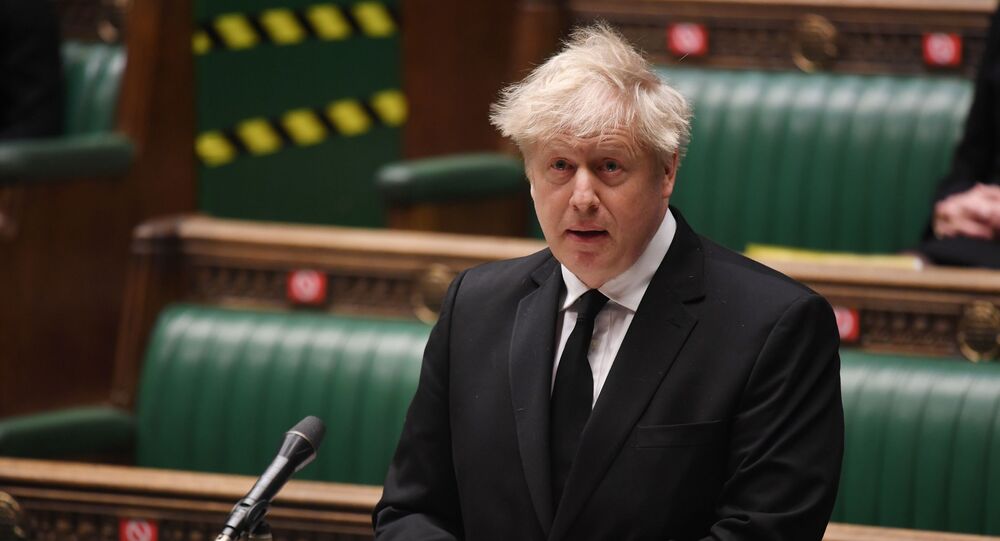 The coronavirus situation in Britain remains tense despite the partial cancellation of restrictions in some parts of the country, as the overall tally is over 4.4 million, while the death toll from the pandemic has since reached 127,000.

Prime Minister Boris Johnson slammed a Daily Mail report on Monday, suggesting that he was ready to "let the bodies pile high in their thousands" in a bid to avoid lockdown.

Asked whether he made such a statement, the prime minister said no, adding that people want the government to "make sure that the lockdowns work".

A number of top officials have denied the claim. Defence Secretary Ben Wallace earlier in the day raised his voice to protect the head of the cabinet, saying that the report was false.

"It's been categorically denied by practically everyone. We're getting into the sort of comedy chapter now of these gossip stories - unnamed sources by unnamed advisers talking about unnamed events. None of this is serious. All the 'who said, what said, what said', I'll leave that to the Oscar gossip columns that are now being rolled out today after last night, I'll leave that to the Hello magazines of the world", Wallace said.

Senior Minister Michael Gove, in turn, has said he never heard Prime Minister Boris Johnson making a remark that he would opt for piling dead bodies "high in their thousands" rather than impose a third COVID lockdown.

"The idea that he would say any such thing I find incredible. I was in that room, I never heard language of that kind," he told the Daily Mail.

The newspaper claimed, citing its sources, that BoJo made such a comment after Michael Gove warned that soldiers would be needed to guard hospitals overrun with coronavirus patients.

Downing Street rejected the allegations as "another lie".

The explosive report comes amid a conflict between the PM and his former chief adviser Dominic Cummings, as the latter plans to blame the UK prime minister personally for tens of thousands of deaths during the pandemic, according to a report by The Times.

Cummings is expected to share the sensitive data with MPs on 26 May, as part of a probe into the government's handling of the pandemic by the health and science select committees.

The conflict comes after a leak of text messages dating back to March 2020, in which the UK PM allegedly assured billionaire James Dyson that his employees would not have to pay additional taxes if they came to the United Kingdom to make ventilators amid the height of the COVID-19 pandemic.