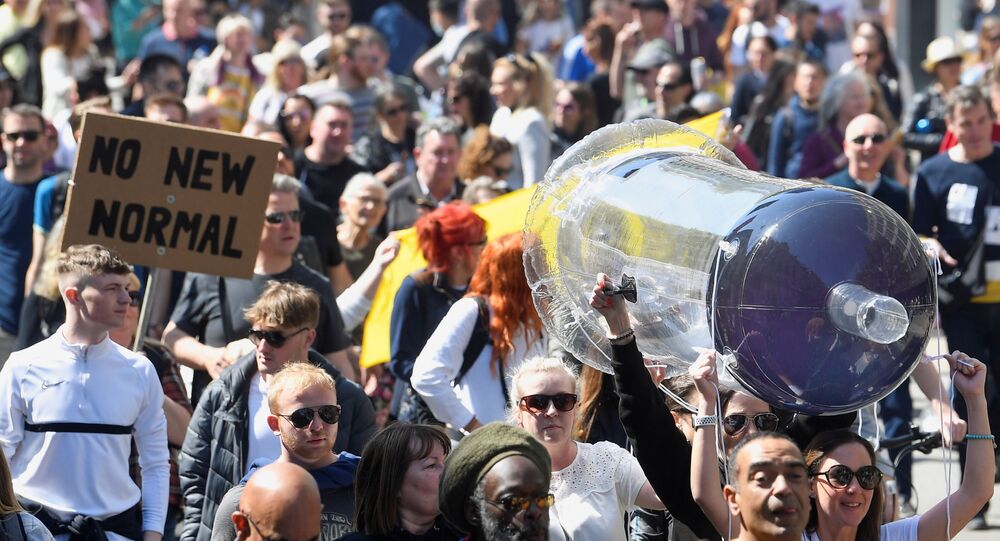 Despite rapid progress in the British vaccination drive and death rates falling to lows not seen since last summer, Prime Minister Boris Johnson's government has refused to speed up its 'roadmap' out of the coronavirus lockdown.

The UK has immunised half of its population against COVID-19 — but the lockdown is still not set to end for eight weeks despite a slump in cases and deaths.

Just over 33.5 million of the 67-million British population had received their first dose of the coronavirus vaccine by the end of Friday, according to the government's website.

"Each jab administered helps to protect our loved ones and our country from this virus," Health Secretary Matt Hancock tweeted.

​​Another 12 million people have had their booster shot — 448,000 of those on Friday alone — representing 18 per cent of the population and four-fifths of the 15 million most-vulnerable people identified by the Joint Committee on Vaccination and Immunisation (JCVI) as representing 88 per cent of hospitalisations and deaths from the deadly virus.

Those aged 45-49 are currently being called to have their first dose. The BBC reported on Friday that uptake in England in over-50s, among whom 99 per cent of deaths have been recorded, was at 95 per cent.

​"This vaccination programme is our way out of this pandemic," Hancock stressed. "It's clearly saving lives, we can see that, and it's meaning that fewer people are catching the disease as well."

Public health data confirmed that, with the number of daily new cases down 6.6 per cent on a week ago from 2,206 to 2,061, and daily deaths down 8.6 per cent in a week from 35 to 32. Those figures were in the same range as last summer, following the full lifting of the first lockdown on 4 July, 2020.

Conservative MP Steve Baker, chairman of the lockdown-sceptic COVID Recovery Group of backbenchers, made the point in a tweet.

But Downing Street has shown no willingness to speed up the "roadmap" out of lockdown laid out by Prime Minister Boris Johnson in February. Currently, indoor drinking and dining in pubs and restaurants will not be allowed until May 17 — when sports venues will also reopen — while the last restrictions on nightclubs and attendees at funerals will only end on June 21.

© REUTERS / JESSICA TAYLOR
Boris Johnson Says Britons Don't 'Give a Monkey's' About COVID-19 Deal Leak
The English were still able to celebrate their patron Saint George's day on Friday with a pint of traditional real ale or cider, since pubs were permitted to offer outdoor service from April 12. Johnson delayed his first post-lockdown pint for a week following the death of Prince Philip.

The government has claimed the timetable for each stage of relaxing regulations will depend on "data, not dates", but has nevertheless insisted that each step must be a minimum of five weeks apart. Johnson and Hancock have both warned of a third wave of infections similar to those raging across Europe.

Tens of thousands marched through the streets of London on Saturday to demand an end to the lockdown, among them Reclaim Party mayoral candidate Laurence Fox and Reform Party — formerly the Brexit Party — leader Richard Tice.

In the European Union, where inoculations have been lagging behind the UK since the Brussels-based European Commission insisted on centralising vaccine licensing, purchasing and distribution, some 20.9 per cent of the inhabitants of the 27 member states have had their first dose and 7.7 per cent their booster.